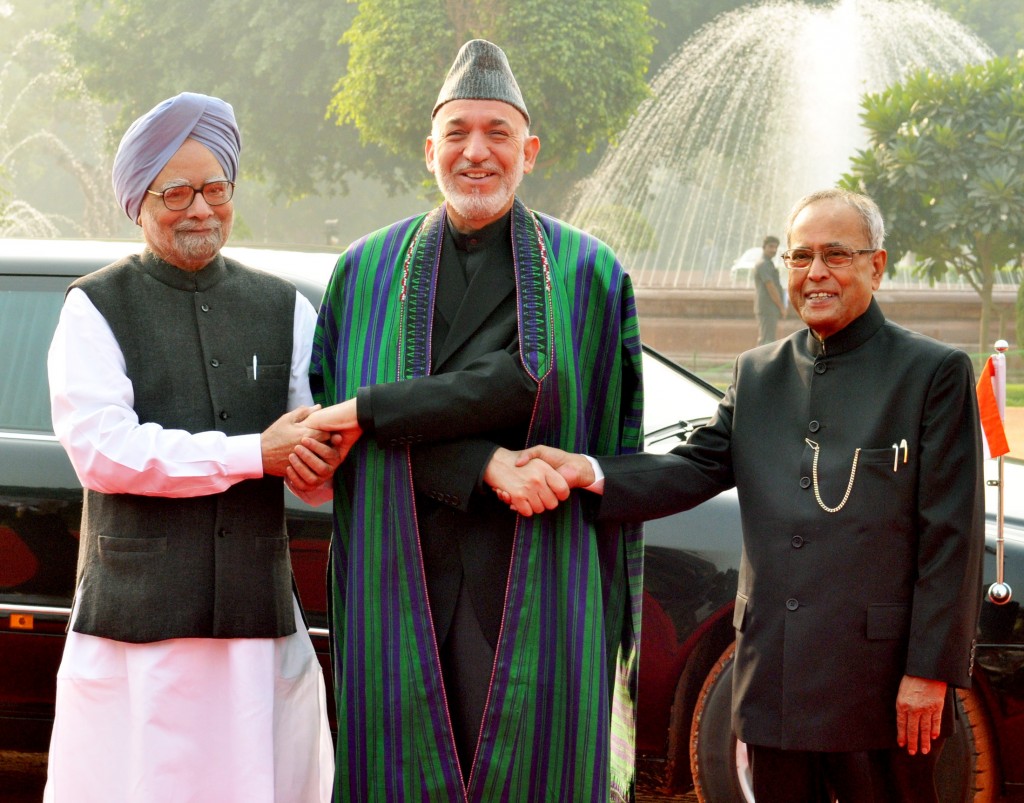 New Delhi: Visiting Afghan President Hamid Karzai Monday made a strong pitch for investment by Indian business in his war-torn country as he and Prime Minister Manmohan Singh reaffirmed their shared vision of a “stable, strong, united, sovereign and prosperous Afghanistan”.

“My visit this time to India is focused particularly in talking to and asking and requesting Indian business to come to Afghanistan,” Karzai said, adding “Investment opportunities in Afghanistan today are better. A country that is more confident of its future and that is willing to receive investments from its friends”.

On Saturday, while speaking to India Inc in Mumbai, the Afghan president had wooed Indian business to invest in his country, telling them not to be “shy when thinking of Afghanistan”.

He had offered India Inc a “red carpet” if they invest in Afghanistan.

Karzai was full of praise for Indian Prime Minister Manmohan Singh terming him a “good friend” of Afghanistan and praised India as a “very generous and front-line supporter” for Afghanistan’s re-construction and development.

Prime Minister Manmohan Singh said the two leaders had reviewed the progress in implementation of the Strategic Partnership Agreement, which they had signed last year for deepening security and economic links.

The prime minister said the two had discussed “the need to develop a strategic economic partnership, which will build on our economic synergies for mutual benefit”.

He also “reiterated to President Karzai our belief that Afghanistan’s regional economic integration will contribute to overall prosperity and stability in the region”.

Manmohan Singh said that with signing of the MoU, the “Third Phase of Small Development Projects would be launched to address the socio-economic needs of people throughout Afghanistan”.

He said India supports the “nation-building efforts of Afghanistan, especially in the areas of governance, security and development”. Karzai is reported to be exploring prospects of enhancing New Delhi’s role in training Afghan security forces with the drawdown of international forces set for 2014 end.

The prime minister said India supports efforts to achieve “a lasting peace in Afghanistan that brings together all sections of Afghan society while preserving the achievements of the last decade, including in the area of women’s rights. We respect the choices that the Afghan people make of their own free will.”

The two leaders also discussed the changes in the security and political situation in and around Afghanistan. Without referring to Pakistan, Singh said sustained international support and cooperation “including in combating terrorism emanating from the neighbourhood” would help Afghanistan.

“Government of Afghanistan through me today conveyed the deep gratitude to the people of India for the trust they have shown in the past many years.

“Manmohan Singh as prime minister is a great personality. I find your (Singh’s) support strengthening and encouraging for the Afghanistan people,” he added.