Jammu: In view of the militant threats, the Jammu and Kashmir police would find it tough to provide adequate security during the legislative council polls due next month, especially after about 3,750 CRPF men have been withdrawn from the state, an official said Wednesday.

“It is really going to be a tough challenge for the Jammu and Kashmir Police in view of the militants threatening panchayat members to dissociate themselves from the election process,” the official said. 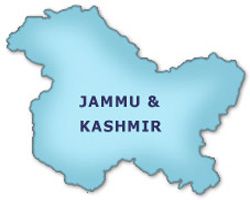 The elections for the Gujarat assembly will be held in two phases — Dec 13 and Dec 17.

“Besides 40 candidates contesting the legislative council polls, there are over 33,000 panchayat members, forming the electoral college, whose security is a big concern,” said the official, who requested not to be identified as he is not authorised to speak to the media.

He added that besides providing security to individuals, police would also have to make security arrangements at 286 polling booths in the state.

“This (council elections) is a massive task for us, and we have to manage with our limited resources,” the official said.

As many as 10 panchayat members have been killed since they were elected in June last year, while threats from militants have forced about 600 elected village panches and sarpanches (village council members and heads) to resign from their posts.

The strength of state police force is about two lakh men who have to look after the routine policing besides special deployments and providing security to VIPs.