Dehra Dun: Nothing seems to come as a surprise in Uttarakhand, where corruption is rampant almost everywhere and even at places where it is felt that perhaps better sense will prevail and things will be done properly. 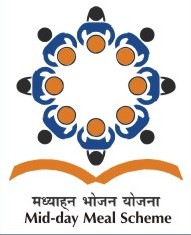 The latest in this line is that despite there being no provision for gas for cooking and even not having a cooking place, mid-day meal was being provided to the children of a school in the Chakrata region of this small mountain state for the last 18 months.

The matter would probably have never been exposed, bur for the fact that the woman who was supposed to do the cooking was also not paid her salary for the last 18 months. When her matter was brought to the concerned authorities, they opened the files and saw that mid-day meals had not been cooked in the school for the last 18 months.

When the matter reached the directorate of education here, the authorities of the school responded by saying that they had distributed raw ration to the children, which was why it was never cooked, but they have not tried to explain when a woman for cooking had been provided, why was raw ration distributed to the children.

The district education officer (primary) also wanting to brush the matter under the carpet said that there is all possibility that the school authorities may have distributed raw ration to the children, but hastened to add that this was against the provisions. It appears that there is something wrong, but for that the school records will have to be checked, she maintained.