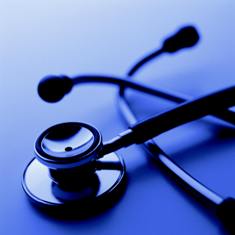 Former world president of Rotary International, Rajendra K. Saboo, told reporters that the team of doctors, who will perform the surgeries in Abuja, will include 12 ortho-surgeons, five anaesthesiologists, one pathologist, one general surgeon and five volunteers from Andhra Pradesh, Bihar, Chandigarh, Himachal Pradesh, Haryana, Maharashtra, Kerala and Uttrakhand.

The team will leave Mumbai Dec 2 for Nigeria.

“The India-Nigeria polio surgeries medical mission is dedicated to combat polio, generate awareness, and help the polio-affected population through corrective surgeries,” said Saboo, who conceived the inter-continental medical missions in 1998 when he took a team of Indian doctors to Uganda.

“The biggest challenge today is to end polio from the world and protect our children. Nigeria is one of the three remaining endemic countries in the world along with Pakistan and Afghanistan, and so long as there is even one country in the world affected by polio, it would continue to endanger the lives of the children everywhere,” Saboo said.

He said that it is for the first time that a single speciality surgical team is going to Africa.

“Certain sections of the population in Nigeria are resisting immunisation efforts due to several misconceptions, and we hope that an initiative like polio corrective surgeries would help us send a strong message to the people and create an atmosphere of faith,” he said.

The doctors from India would be taking along specialised surgical equipment, medical supplies and would also train the local doctors in the procedures and making of prosthetic limbs, he said.