Shimla: Edgy about the results of the November 4 assembly poll, daggers are out in the Congress party over sabotage and siding with the enemy charges that has already resulted in several leaders being shown the door.

With congress president Virbhadra Singh having expelled over two dozen party men, including a former MLA, for 6 years for alleged anti party activities during the election campaign, Vikram Chauhan, an active Congress worker said, “fear of a hung assembly is getting on the nerves.” 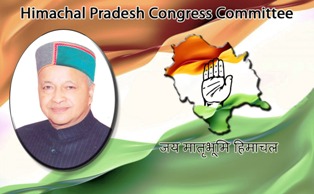 Not accepting the state congress units diktat, Singhi Ram, the former MLA from Rampur who represented the seat for 6 consecutive terms but now stands expelled from the party, has knocked on the doors of the high command.

“With the elections results locked up in electronic voting machines (EVMs) that are under the firm guard of Election Commission, it is simply absurd to level charges of anti party activities,” says Ram. I will take up my complaint at the appropriate level, he added.

On Monday a party communiqué has stated the 25 people had been disenfranchised of party membership for 6 years for anti party activities based on complaints received by the party president.

Not just the former MLA but several other second rung leaders are said to have approached union minister Anand Sharma and other CWC members about the action taken against them.

One of the expelled congressmen, on conditions of anonymity said, “on Kasumpati seat, a close relative of the state president contested as an independent against the official candidate.”

On the yardstick applied for others and with the party president failing to get the relative to withdraw her candidature against the official candidate, a charge of anti party activity against Virbhadra Singh is not unfounded, he added.

In retaliation, Singh’s supporters have stepped out to quell mounting dissent.

“Virbhadra Singh is a leader who will not tolerate indiscipline,” said Kewal Singh Pathania, a former youth congress president.

“Those who betray the party at a crucial time like election should not be tolerated,” he added.

With polling for the 68 seat Himachal assembly having concluded on November 4, the results, to be declared on December 20, is expected to be a close call for both BJP and Congress with several rebels and smaller parties being considered as spoilsports for anyone party to secure an absolute majority.