Gidwani had been admitted to south Mumbai’s Breach Candy Hospital following severe breathing problems and chest pain two days ago. He breathed his last in the hospital early today, the family source added.

His body will be taken to his home later in the day. The funeral will take place Tuesday evening at Dadar.

The high-profile, flamboyant former legislator and state Congress spokesperson had been arrested by the Central Bureau of Investigation (CBI) in March this year for his role in the Adarsh Housing Society controversy. 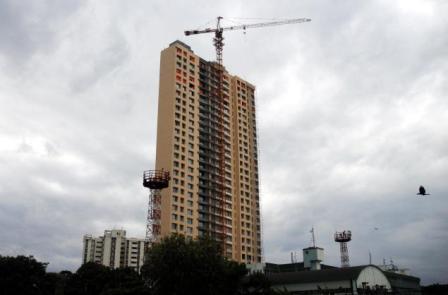 The controversy involved a prime plot in south Mumbai’s Colaba on which a 31-storey building was constructed by the society a few years ago, allegedly illegally.

The plot was originally earmarked for housing war widows and Kargil heroes.

Gidwani was the chief promoter of the Adarsh Society. The controversy had cost former chief minister Ashok Chavan his job almost three years ago.

Following Gidwani’s arrest, an embarrassed Congress had suspended him from the party and attempted to distance itself from him.

Advocate Ashish Mehta, appearing for the petitioners, said Gidwani’s death will not hamper the ongoing Adarsh Society case in any manner.

“Though he was the key accused, the other main people involved are government servants who are charged with flouting norms in the Adarsh Society matter. So, the case will continue as usual,” said Mehta.

Among the accused in the high-profile Adarsh Society case are former top serving or retired bureaucrats, army officers and other high-ranking officials.