Washington: While the eyes of the world are on the closely-fought US presidential elections, some three million Indian Americans are watching with interest the fortunes of five from their community vying for a seat in the US Congress.

Besides four Democrats and a lone Republican hoping to repeat the feats of Dalip Singh Saund and current Louisiana governor Bobby Jindal, the only two Indian-Americans to win a seat in the US House of Representatives, a Democratic woman is also poised to become the first Hindu to enter the Congress. 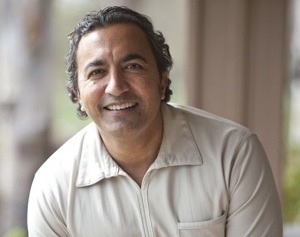 Democrat Ami Bera, a physician born in Los Angeles to Indian immigrant parents, running for the second time for the 7th Congressional District seat from California, received a boost when he was endorsed by former President Bill Clinton and the local Sacramento Bee.

The Centre for Politics at the University of Virginia too recently moved the rematch between Bera, who has focused his campaign on Medicare laws, and sitting Republican member of the House Dan Lungren from a “toss-up” to “leans Democratic” in its updated “Sabato’s Crystal Ball” rankings.

Another race rated a “toss-up” is one between Republican Ranjit “Ricky” Gill, a 25-year-old son of Sikh immigrants, and three-time Democratic incumbent Jerry McNerney in California’s 9th Congressional District.

Born in Lodi, California, Gill, an agricultural business owner, graduated Phi Beta Kappa from Princeton University’s Woodrow Wilson School of Public and International Affairs, and then from the law school at the University of California-Berkeley.

Endorsed by Florida former governor Jeb Bush and South Carolina’s Indian American Nikki Haley, Gill, who reached the constitutionally-mandated minimum age of 25 just in time for the election, would, if elected, become the youngest member of the US House of Representatives.

Another Democrat running for New Jersey’s 7th Congressional district is Upendra Chivukula. He was was the first Indian American to win a seat in the New Jersey General Assembly and has represented the 17th Legislative District since 2002. 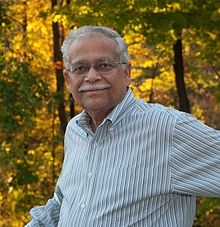 Bihar-born, Syed Taj is the Democratic nominee for Michigan’s 11th congressional district. He stepped down from his post on the Canton, Michigan, Board of Trustees and as Chief of Medicine at Oakwood Hospital in Dearborn in March 2012, in order to concentrate on his campaign. 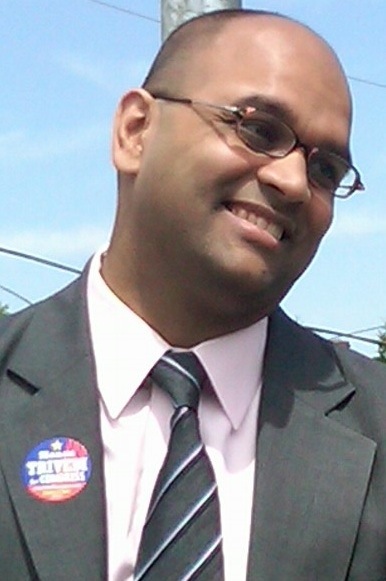 Another son of immigrants from India, Manan Trivedi, a physician and Iraq War veteran, is the Democratic nominee for Pennsylvania’s 6th congressional district. Trivedi was born and raised in Fleetwood, Pennsylvania, and attended Boston University for college and medical school.

The five Indian-Americans may or may not win, but Democrat Tulsi Gabbard is poised to become the first Hindu to serve in the House of Representatives.

Gabbard, who was elected as Hawaii’s youngest state representative in 2002, representing Oahu 42nd District, resigned from the Honolulu city council to run for Congress from the heavily Democratic Hawaii’s 2nd Congressional District.

Born in Samoa, Gabbard is a Company Commander with the Hawaii Army National Guard, and served two deployments to the Middle East.