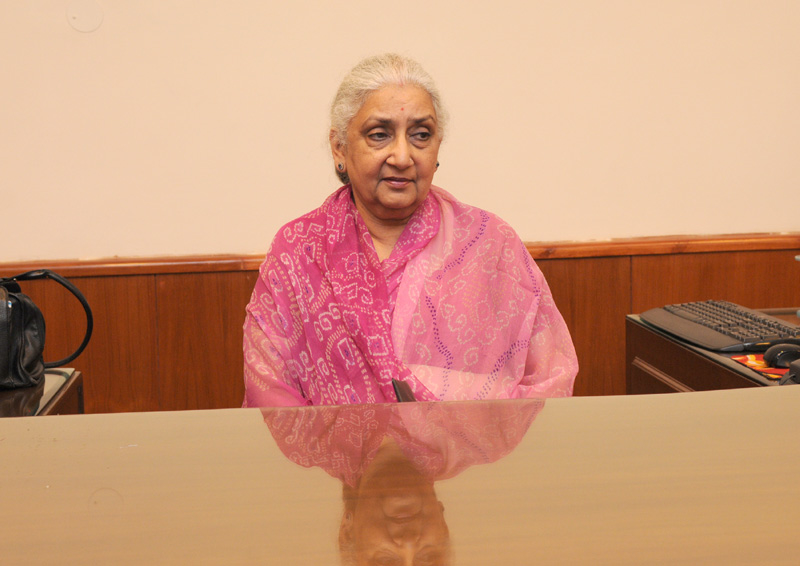 Sixty-eight-year-old Katoch, a scion of the erstwhile royal family of Jodhpur, is married to a former royalty of Kangra in Himachal Pradesh. She represents the Jodhpur constituency in Rajasthan.

Addressing the media after taking office, she said: “It has been an honour to have been appointed the culture minister of a country that has a long legacy and wealth of tangible and intangible heritage.”

She said it was a privilege to head the ministry in a period of increasing global engagement when “we are entering into an era of cultural dialogue which is dictated by new technologies and development”.

Katoch said the “challenge was to preserve the historical legacy while incorporating and fostering the environment for development of evolving cultural spaces”.

“Culture is not only an abstract concept, but also contributes to the daily lives of the people both in terms cultural and economic aspects,” she added.

The minister said she would “like to focus on increased coordination with ministry of tourism, human resource development and external affairs to ensure a focussed and coordinated effort to promote culture which not only projects India’s soft power, but also benefits the cultural and economic lives of all our citizens”.

She said her focus would be to ensure visitor-friendly monuments and improve the quality of museums. She said she would also promote folk and classical arts and foster a vibrant relationship with a autonomous organisations.

She would also energise the library mission and harness existing technologies to promote better preservation of archives.