Washington: One of the world’s largest electoral exercises in the world after India, the world’s largest democracy, gets underway Tuesday when 169 million American voters go to the polls to chose a president, a new House of Representatives, 33 senators and thousands of local officials at a whopping cost of $6 billion.

There are169 million registered voters, 86 million Democrat and 55 million Republican and 28 million others.

They include about a half million voters from the 3.12 million strong Indian American community.

Besides the president, the voters would be choosing 435 members of the House of Representatives and 33 of the 100 senators, one third of whom retire every two years.

Democrats are defending 23 of the 33 seats up for grabs in the Senate where they currently have a majority of 53, including two independents who caucus with them.

Five Indian-Americans, four Democrats and one Republican, are seeking election to the US Congress. 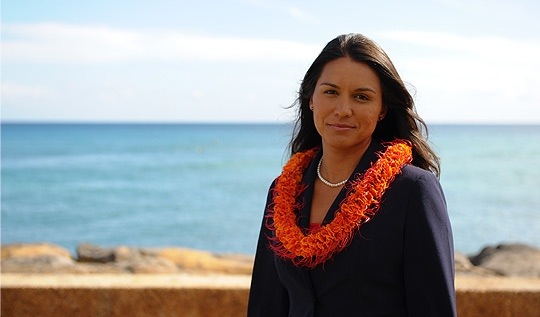 A young Democrat woman from Hawaii (Tulsi Gabbard) is considered a shoo-in to become the first Hindu-American woman in the Congress.

Eleven governorships are also up for grabs besides thousands of state and local officials.

These include right-to die in Massachusetts, gay marriage in Maine, abortion in Florida and Montana, death penalty in California and segregation in Alabama.

There are currently 29 Republicans, 20 Democrats, and 1 Independent holding the office of governor in the states.

More than 45 million US voters, or one out of every four who go to the polls, will cast a ballot on a machine that stores votes electronically, but doesn’t create a paper ballot, according to Verified Voting.

First of the Polls close at 7 p.m. (5:30 a.m. Wednesday India time) in six states including the battle ground state of Virginia (13 electoral votes) followed by all-important Ohio (18 electoral votes) half an hour later.