Washington: Scientists have found a compound in foods associated with Mediterranean diet that deprives cancer cells of their immortal nature, says a study.

By altering a very specific step in gene regulation, this compound essentially re-educates cancer cells into normal cells that die as scheduled. 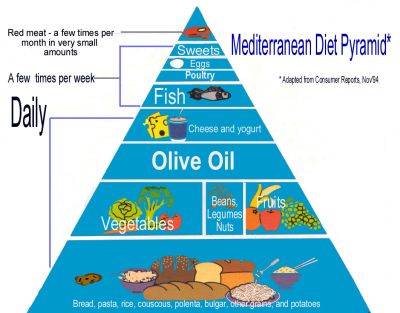 One way that cancer cells thrive is by inhibiting a process that would cause them to die on a regular cycle that is subject to strict programming.

This study in cells, led by Ohio State University researchers, found that a compound in certain plant-based foods, called apigenin, could stop breast cancer cells from inhibiting their own death.

Much of what is known about the health benefits of nutrients is based on epidemiological studies that show strong positive relationships between eating specific foods and better health outcomes, especially reduced heart disease.

But how the actual molecules within these healthy foods work in the body is still a mystery in many cases, and particularly with foods linked to lower risk for cancer.

Parsley, celery and chamomile tea are the most common sources of apigenin. But it is found in many fruits and vegetables, reports Science Daily.

“We know we need to eat healthfully. But in most cases we don’t know the actual mechanistic reasons for why we need to do that,” said Andrea Doseff, associate professor of internal medicine and molecular genetics at Ohio State, who co-authored the study.

“We see here that the beneficial effect on health is attributed to this dietary nutrient affecting many proteins. In its relationship with a set of specific proteins, apigenin re-establishes the normal profile in cancer cells. We think this can have great value clinically as a potential cancer-prevention strategy,” Doseff said.