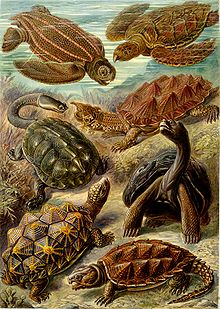 Lucknow: A huge cache of turtles stuffed in sacks was recovered from an ambulance in Uttar Pradesh’s Bareilly district yesterday evening, police said.

About 450 turtles in six sacks were caught from the vehicle on the Delhi-Bareilly highway.

Bareilly is around 250 km from here.

“When the officers tried to talk to them, two of them fled and only the driver was left. On his interrogation, 450 turtles were recovered from the rear of the ambulance,” Singh said.

The driver, Omendra has been arrested.