Shimla: They are both 78 years old and titans of Himachal Pradesh politics with diverse agendas and varied interests. Both of them are into their own power games but they will never cross swords with each other, even in an electoral battle. 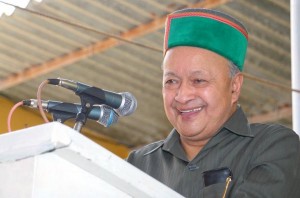 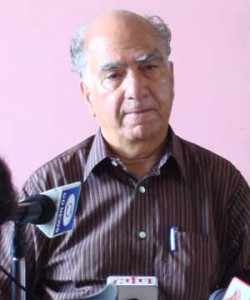 Political observers say both Singh and Kumar still call the shots in politics. Efforts have been made to sideline them, but their stature is in their favour.

“Raja saheb (as Singh is popularly known) this time bargained hard with the party leadership to make his presence actively felt in state politics. For this, he fought on two fronts: elections should again be conducted under his leadership and, secondly, he should have a say in ticket allocation. He got his way,” said a Congress leader, not wanting to be named.

Before returning to state politics in August, Singh was critical of his own party leaders. He accused the state leadership of playing a friendly match with the opposition.

Likewise, saffron war horse Kumar has been critical of his own government, especially on corruption and Chief Minister Prem Kumar Dhumal’s style of functioning, but within the party platform.

Last week, miffed over the prolonged slugfest between two ministers – Ramesh Dhawala and Ravinder Ravi – over their allocation, Kumar said in a statement: “There can’t be more devaluation of politics than this. It’s like killing the budding leadership as happens in foeticide.”

Without naming Irrigation and Public Health Minister Ravinder Ravi, who is a close confidant of Dhumal, he appealed to his colleagues to show patience, decency and discipline during the allocation of tickets.

State BJP leaders said during the meetings, Kumar had categorically told BJP chief Nitin Gadkari that he would keep himself away from state politics till steps were taken to stem corruption within the party.

“The BJP could not ignore Shanta Kumar in the poll campaign. His terms finally prevailed in ticket allocation at least in his home district (Kangra, the biggest in the state). Similarly, Raja saheb was almost marginalised in state politics after losing power in 2007. But now he has emerged politically stronger,” an observer said.

The two septuagenarians don’t believe in mudslinging at each other.

“Shantaji (Kumar) is a seasoned, grassroots leader. Though we differ in ideology, he’s a man of principles, not like the paratroopers (new entrants) in the BJP,” said Singh .

Singh, who defeated his nearest rival Maheshwar Singh of the BJP in the 2009 general elections for the Mandi seat, is wooing voters by saying this is his last innings and he will retire from politics after the Nov 4 assembly elections.

Taking a jibe at Singh, Dhumal said in Shimla Friday that the electorate would certainly fulfil Singh’s wish of retiring from politics by ensuring his defeat.

But Kumar has expressed grace for his contemporary. He has been criticising the policies of the Congress but he never hit Singh below the belt even on a corruption case pending against him since 2009.