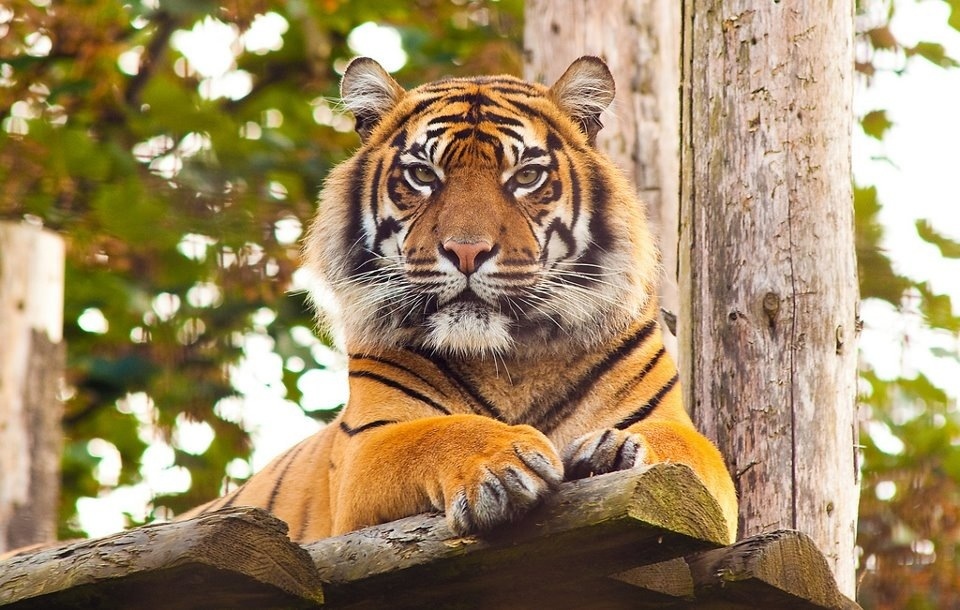 Dehra Dun : Despite all claims of saving the tiger and high mortality of the king of the jungle this last one year, conservationists in Uttarakhad have something to cheer about.

A new reserve in this small mountain state has been accepted by the feline as its new home and their growing presence is being recorded by the camera traps installed by the World Wildlife Fund (WWF).

Despite the fact that Uttarakhand ranks the state, where mortality of tigers was the highest, but the presence of nine tigers, including a female with cubs in the 150 sq kms area of the Nandhor Valley near Haldwani in Kumaon division of Uttarakhand has come as a pleasant surprise to the wild lovers across the country.

The area which has also been visited by scientists of the Wildlife Institute of India, has got more acceptability than even Corbett National Park. According to a study conducted in the 150 sq kms area of the Nandhor Valley from Tanakpur to Chorgaliya, it was observed that the areas has very high acceptability and tigers are taking to it, like a fish would to water.

World Wildlife Fund observer for the Terai Arc landscape, Dr K D Kandpal feels that the number of tigers that has been recorded is very enthusiastic and feels that they will increase in their new found habitat. What is more interesting is the fact that even the striped hyena, that has become instinct in many areas, has also been found here.

Informed sources said that with the guidelines of the union ministry of environment and forests has almost been prepared and the blue print for enacting laws is on the cards. One that is exciting conservationists is the proposal to ban all construction activities in the tiger corridors, which had become the bane of tiger lovers, as the constriction stopped the movement of the felines from one forest to an adjoining forest.

Incidentally the Sunderkhal corridor, which was used extensively by the felines from moving from the Corbett National Park to Ramnagar forest division and back is no longer used by them because of the number of hotels, resorts and illegal colonies that have come up in the corridor.

The corridor was also used extensively by the animals of the Park and forest division to go to the Kosi river to quench their thirst and cannot do so any longer, which has increased the man-animal conflict in the region.

Photo courtesy: Save The Tiger