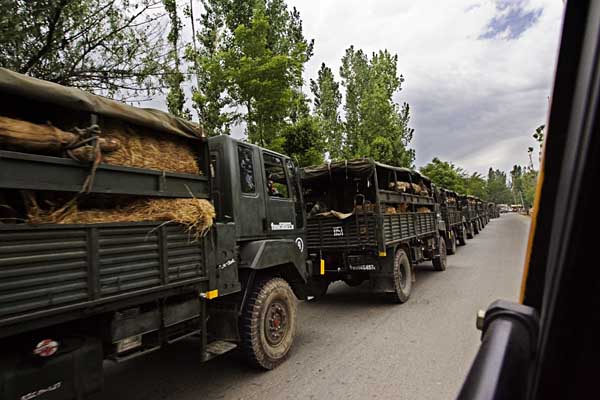 Srinagar: Suspected militants on Friday opened fire at security forces in Nowgam area killing one civilian and injuring two others.

Kashmir Police chief on the spot said that at around 4.20 P.M., three militants armed with automatic rifles opened indiscriminate firing on an army convoy near Silver Star hotel. The firing resulted in injuring three civilians in which one hotel staff member died.

“The dead employee was identified as Farooq Ahmed of Tral area of South Kashmir. Others two were rushed to hospital in critical condition,” he said.

However, a police spokesman said that initial investigations showed that the militants had planned to attack convoy on the highway, “they did not succeed and then tried to enter a nearby hotel and started firing indiscriminately, killing one employee of the hotel and injuring two others,” he said.

Over two dozen guests were reported to be inside the hotel at the time of the attack, hotel management said.

Later on Lashkar –e-Toiba, a militant organization telephoned to a local media organization and claimed responsibility for the attack.

Of late militant activities have increased in the valley. However, the central and the state governments report otherwise.

Few months ago, Union Home Secretary, RK Singh visited J&K to review the security arrangements in view of expose of tunnel along International Border and surge in militancy related accidents in Kashmir. He asked the State Police and the military to take extra care to rev up the security measures in the state.