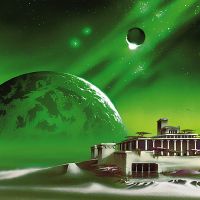 London: Planets supporting alien life beyond the solar system will be found within the next 50 years, says renowned astronomer Sir Patrick Moore.

Asked if recent discoveries of Earth-like planets meant that we were closer to discovering proof of alien life within the next 50 years, he said: “Yes, we are not far off. We have found other planets. The next stage is to detect the atmosphere.”

Sir Patrick wrote “The Cosmic Tourist” with his BBC astronomy programme “Sky at Night” colleague Chris Lintott from Oxford University and Queen star Brian May, who has a doctorate in astrophysics and is a close friend.

Lintott said Virgin Galactic’s venture into space tourism would take off and people would pay to travel beyond earth, the Daily Mail reports.

“I can certainly imagine people paying to go to the Moon or Mars. Farther than the solar system, you will have to wait a while. To get to the nearest stars would take tens of thousands of years,” he said.

“In the next 100 years, I hope cosmic tourism will be possible. I hope we could go to the (outer) part of the solar system. Distances in space are too vast to go further,” Sir Patrick added.

This week, Lintott announced the discovery of a new planet, PH1, which is around 5,000 light years away. It is believed to be six times the size of Earth, and has four suns in its sky – it orbits two, and is in turn circled by a pair.

It was discovered by two armchair astronomers or amateurs using data from the Planet Hunters website run by Lintott and colleagues, and later verified by experts.

The website allows visitors to identify dips in the output of stars caused by their light being blocked by ‘transits’ of orbiting stars.