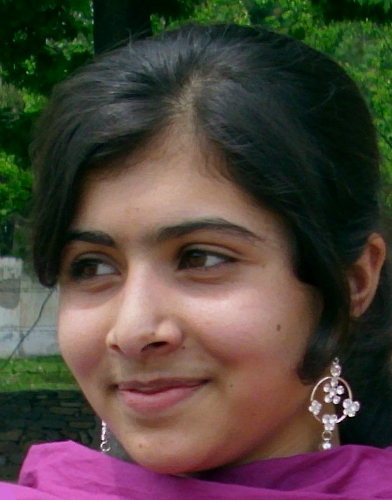 London: Pakistani teenaged rights campaigner Malala Yousafzai, who was shot by the Taliban for publicly opposing them, was Monday flown to Britain by an air ambulance arranged by the United Arab Emirates, the Pakistani army said.

A British medical team flew to Pakistan to help doctors looking after the 14-year-old girl, the Daily Mail reported.

The teenager was seen leaving hospital in Rawalpindi and flew to Britain in a specially equipped air ambulance.

She was due to be taken to the Queen Elizabeth Hospital in Birmingham.

Malala has had a bullet removed from her body after she was shot. But experts believe damaged bones in her skull will have to be repaired or replaced and she will need intensive rehabilitation.

An outspoken advocate for girls’ education and a critic of the Taliban, Malala was shot on a school bus last week in the northwestern district of Swat.

Two classmates who were with her were also injured in the attack.

“The panel of doctors recommended that Malala be shifted abroad to a British centre which has the capability to provide integrated care to children who have sustained severe injury,” the Pakistani army said in a statement.

“Pakistan has arranged with the UAE for a specially equipped air ambulance which will be used to transfer Malala to Britain. In order to provide continuity of care, an army intensive care specialist will accompany Malala on her flight,” it said.

All expenses, including the transportation and treatment abroad, will be borne by the Pakistan government.

Though the Pakistani military has described her recovery as satisfactory and said she was able to move her legs and hands, and her sedatives were reduced, they did not say whether she has suffered any brain damage or other permanent damage.

The military said damaged bones in Malala’s skull will need to be repaired or replaced, and she will need “intensive neuro rehabilitation”.

Malala earned the enmity of the Taliban after she criticised their methods in a journal for the BBC under a pseudonym when she was just 11.

She had opposed the Taliban forcing men to grow beards, preventing women from going to the market and blowing up many schools, the majority for girls.

She also appeared frequently in the media and was given one of the country’s highest honours for civilians for her bravery.