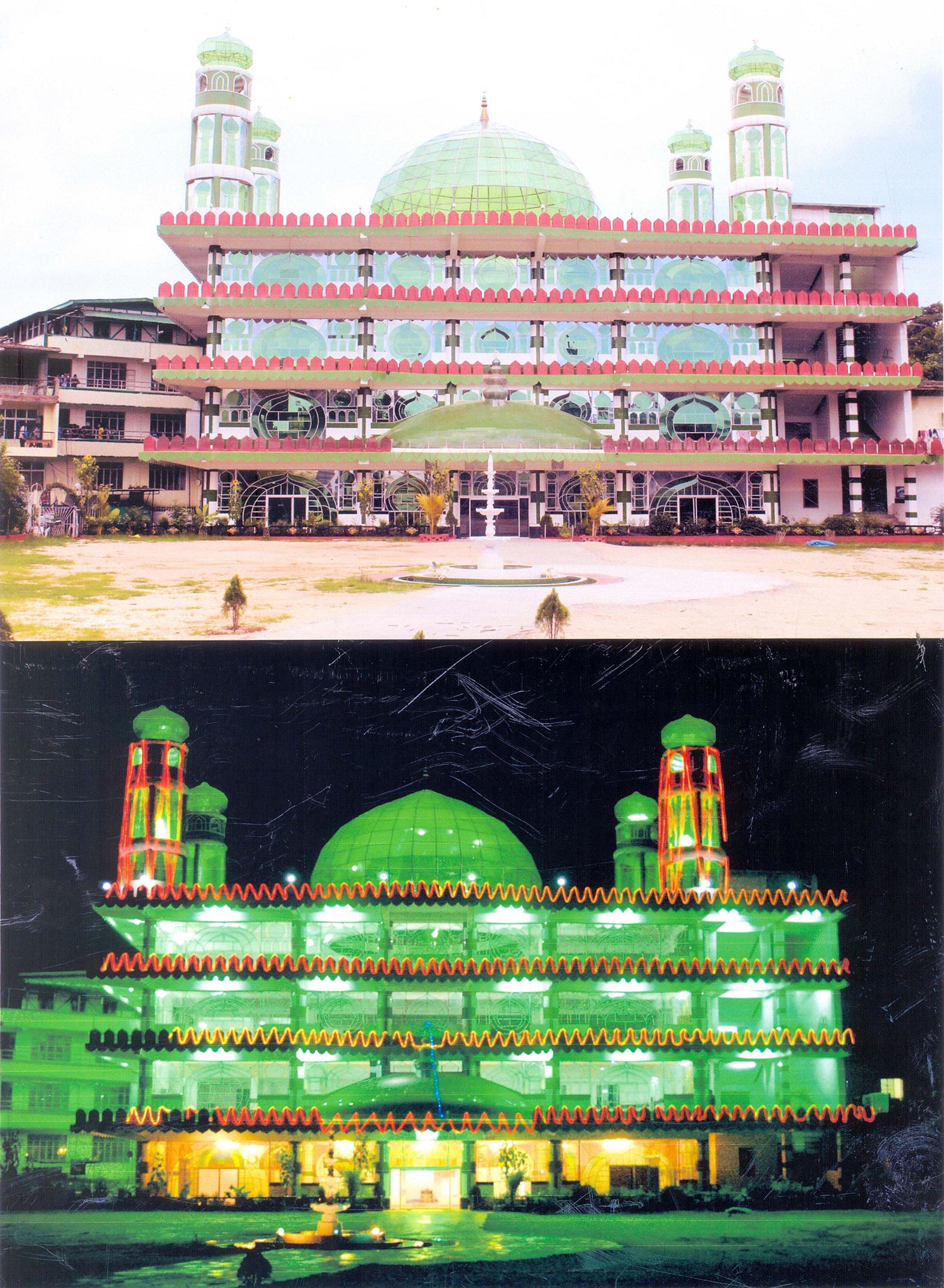 Shillong: India will have its first glass mosque – in the country’s northeast.

Madina Masjid, an imposing and resplendent structure of glass dome and glass minarets, will formally open doors to devotees Thursday in Meghalaya’s capital.

“It is an architectural marvel,” said Congress legislator Sayeedullah Nongrum, who helped in the mosque’s construction.

“It took us one and a half years to complete the only glass mosque in India and the largest one in the northeastern region,” said Nongrum, who is also general secretary of the Shillong Muslim Union (SMU).

The four-storey building – 120 feet high and 61 feet wide — stands inside an Idgah Complex in the city’s Lahan area and is close to the garrison grounds along the Umshyrpi river. At night, the mosque’s glasswork glows and glitters.

The mosque houses a new orphanage named Meherba, a library and a ‘markaz’– an Islamic theological institute.

Nongrum said the new theological institute would impart Islamic teachings and the library there would have books on comparative religious studies.

Madina Masjid has a capacity of around 2,000 people and has separate space for women to offer prayers.

“This place will be open for everyone, but one should maintain the mosque’s sanctity,” Nongrum said, adding that the mosque was set to become a tourist attraction.

Around Rs.2 crore was spent on the building, with fund from SMU and well-wishers, he said.

Nongrum said most of the people who built the mosque were Hindus.

The mosque was completed in July and SMU will maintain it.

Nongrum said 51 boys and girls are already in an orphanage in the complex and go to a primary school in the Idgah complex established in 1942. The complex also has a minority co-educational institution, Umshyrpi College, set up in 1994.

In 2008, the Idgah was the first in the region to open doors to women devotees.

“I have seen Muslim women offering prayers with great difficulty in the absence of space and privacy, especially while at work or out of home.

“When our women go to market, which is considered to be the worst place for a Muslim women under Sharia, we men do not object. So, why can’t women go to a ‘masjid’ and offer prayers? Why fanatics object to it?” he said.

“I don’t believe in the interpretation of fanatics. ‘Purdah’ means inner shyness of women. If the shyness is retained, she can go anywhere. There’s nothing forbidden in going to a place and offering prayer.

The Shillong Muslim Union was formed in 1905 in erstwhile East Bengal, which stretched from Siliguri to Cox’s Bazar and Chittagong to Dibrugarh. After India’s partition in 1947, SMU narrowed down its activities to Assam. Since Meghalaya’s formation in 1972, its activities have been limited to the state.

India has about 165 milllion Muslims, the third largest Muslim population in the world after Indonesia and Pakistan.