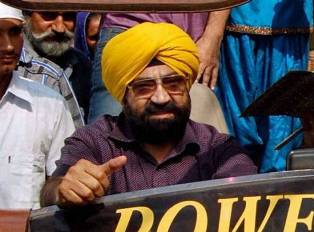 Bhatti, 57, was rushed to a hospital in Jalandhar after the accident where doctors declared him dead.

His son, Jasraj, was also injured in the accident along with the film’s heroine Surili Gautam and another person. They were being treated in a hospital in Jalandhar, 150 km from state capital Chandigarh.

Bhatti’s latest film “Power Cut”, which he had produced and directed, was to be released Friday. The film was to launch his son, Jasraj.

Sources close to Bhatti said that he was on a 40-day tour for the promotion of his latest film. The tour was to end Thursday with a media conference in Jalandhar.

Bhatti had been a popular face on television and Bollywood films with his comedy shows and appearances. His TV shows “Ulta-Pulta” and “Flop Show” had entertained TV audiences in late 1980s and 1990s.

He also directed a film “Mahaul Theek Hai”, a satire on the police, administration and society, in 1999.