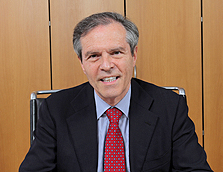 New Delhi: Germany, a hub of quality scientific research and innovation, is keen to attract the brightest Indian minds for further studies and research and has as an incentive made it easier for students to stay over and work, the country’s envoy has said. Another incentive for students is that German universities don’t charge any fees.

“In Germany you don’t pay to study in the universities,” said Michael Steiner, Germany’s envoy to India,  in an interview.

The students only have to pay for their board and lodging, he added.

There are at present 6,000 Indian students in Germany, and the country is eager to attract more, he said.

“Earlier, students who wanted to stay over could not, and this was a problem. This year, we have facilitated that students keen to stay over and work can do so,” Steiner said. This would be done on the basis of specific work permits.

And, to give a fillip to Indo-German scientific and technological cooperation, Germany is setting up an institute in Delhi to facilitate the exchange of science and innovation, Steiner said, describing it as “one of the defining pillars of our bilateral relations”.

The German House for Research and Innovation (DWIH), New Delhi, coming up on Oct 27 near the German embassy here, will help Indian students wanting to go to Germany and vice versa, as well as facilitate bilateral research projects, he said.

The DWIH “will be part of the Ivy League from our perspective”, he said.

The ambassador does not foresee language to be a barrier for Indian students as German universities now offer courses in English, he said.

“But it is an enrichment to learn the German language… And it has been observed that Indians are good at learning German,” Steiner said.

The DWIH will act like a hub for young talents and a house for scientific innovation, which is one of Germany’s strengths, said the ambassador.

Among the 14 universities and member institutions of the DWIH are the well-known Heidelberg University, the Max Planck Society and the University of Cologne.

“The DWIH is mainly an address for facilitating study in Germany,” he said, adding that there was an increase of 20 percent in the number of Indian students going to Germany in 2011 from the previous year.

“This is encouraging, but we expect a further increase,” he said.

The DWIH is one of the five set up by Germany across the world, with the others in Sao Paolo (Brazil), Moscow (Russia), New York (USA) and Tokyo (Japan)

To a question on how much a student would have to spend to stay in Germany, Steiner said it depends on the city.

“We have very good universities in small cities. It all depends on where the student wants to go,” he said, adding that staying in Berlin would be relatively cheaper than Munich.

According to a study by the Indian Institute of Management-Bangalore, more than 53,000 Indians went abroad in 2000 for a degree and at the end of the decade, the count shot up to 190,000.

Steiner was full of praise for India’s excellence in the field of IT and German companies’ collaboration with Indian firms.

“I have spoken to Infosys Germany and found them pretty impressive,” he said.

Infosys is in collaboration with German IT major SAP, while Wipro has tied up with Siemens.