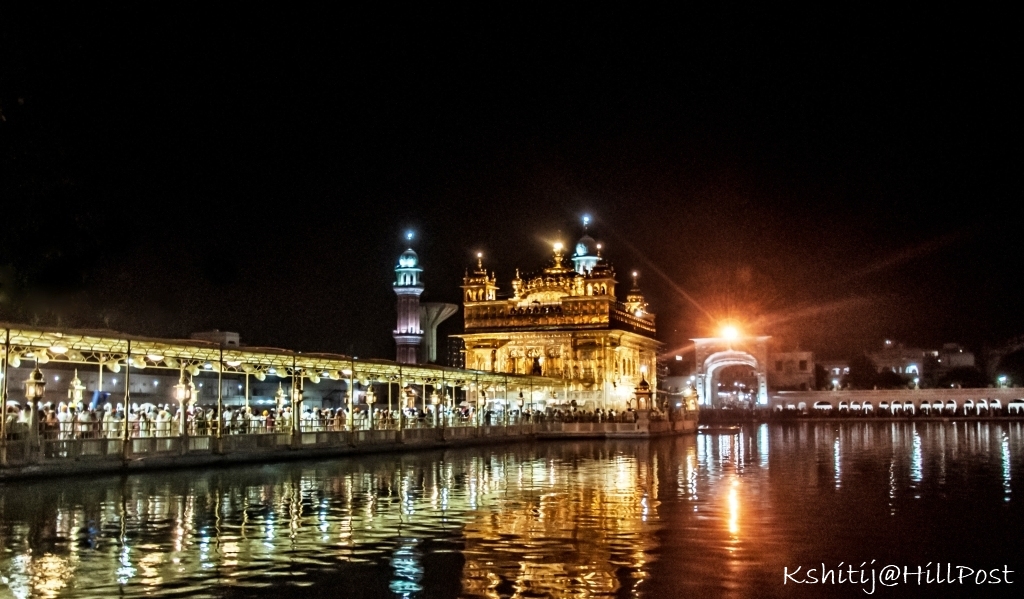 The Golden Temple is popularly known as Harmandir Sahib or Darbar Sahib. It is a prominent Gurdwara located in the city of Amritsar in Punjab.  It was built by the fifth Guru of the Sikhs, in the 16th Century. In 1604, Guru Arjan Dev ji completed the Adi Granth, the holy scripture of Sikhism, and installed it in the Gurdwara.