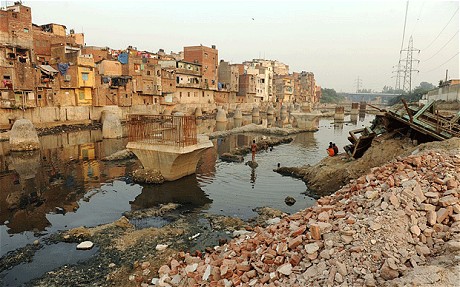 Dehra Dun: It has been 12 years that Uttarakhand got statehood and while the condition of health and education are in a deplorable state, the deteriorating law and order situation, with day light murders in posh colonies, forcing even the lawyers to call for a Doon Bandh, has almost made it the crime capital of the world.

But what perhaps says a lot of the utter neglect of the ‘aam aadmi’ in the state is the fact that the different state governments in the last 12 years have not been able to provide even safe drinking water to the citizens in the capital city. For those who have water purifiers the water may be safe but for thousands, including school going children, it is a health hazard.

According to a survey conducted by an NGO, which took samples from 40 different localities of the state capital, they were shocked to find that there had been no chlorination done of the water being supplied in 24 localities of the city. In many of the areas, one could not even make tea from the direct tap water.

The survey indicated that ‘faecal coliform’ was found in almost all the samples that had been taken and in some of the samples it was way above the permissible limit. The worst affected were the Nashville Road and Ajabpur localities. The only two localities that did not have faecal coliform in the water are Dilaram Bazaar and Kalidas Road.

Informed sources revealed that perhaps the worst hit area is the Arya Nagar locality, where water is being directly supplied from a water source at Gagoli, near Mussoorie without being treated or filtered. Residents of the area claimed they have been complaining to the jal Nigam for the past two years, but to no avail.

However, the concerned authorities claimed that every month about 200 water samples are checked at the Dilaram Chowk located laboratory and it is cross checked with a laboratory at Roorkee, but no contamination has been found in the water.