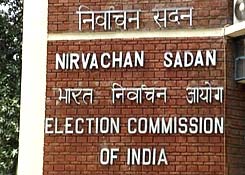 Shimla: Ahead of Nov 4 assembly polls, Himachal Pradesh Sunday shifted two district-level officers on the directions of the Election Commission, an official said.

The officers were shifted as they had been posted against cadre posts and were not in state Indian Administrative Service (IAS) and Indian Police Service (IPS) cadre, the official said.

Awasthi was replaced by R.N. Batta, director, Rural Development and Panchayati Raj, while S. Arul replaced Chand as the new SP of Baddi.

Sources said the EC’s decision to shift the officers came on the complaint of the main opposition Congress.