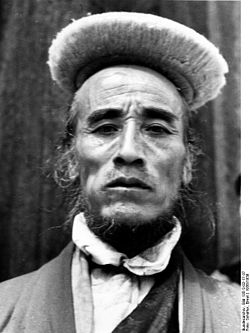 Dehra Dun: In perhaps the first ever study of its kind, there is going to be a DNA study conducted on the Bhotiya tribals of Uttarakhand, as to what makes them so dynamic as to take the lead in studies and adorn top administrative and other positions as compared to the other tribes in this small mountain state.

It has been found that despite the topography constraints and also the non priority status given to education by the successive governments of Uttarakhand and earlier the neglect shown to the region by the Uttar Pradesh government, of which it was a part, the Bhotiyas, despite having a count of 36,438 only in this small mountain state have 80 per cent literacy.

The Bhotiyas, said to be ethno-linguistically Tibetan people, living in the trans-Himalayan region that divides India from China, made their presence in this part of the country almost centuries back, when they led a nomadic life traveling with their large flock of pack goats, sheep and ponies from the trade posts of Garotk and Gyanima in Tibet to the Gangetic plains.

The annual migration of their caravans took place along established trade routes, for the Bhotiyas were legendary traders and trans-Himalayan trade partnerships with nomadic Tibetan Khampas and Dokpas were formed and nurtured over generations until Chinese occupation of Tibet and subsequent 1962 Sino-Indian War, after which the trade stopped completely.

The Bhotiyas have made a number of success stories in this small mountain state and carved a niche for themselves in top administrative positions. The DNA test will start from the members of the scheduled tribe living in Pithoragarh district and will also cover those living in Chamoli and Uttarkashi districts. There are about 13 sub-sects among the Bhotiyas.

Other things that will also be studies are that despite having high intake of salt why do they not suffer from blood pressure and has the change from their old traditional nomadic way of living to high profile jobs brought any change in them.

Incidentally of the scheduled tribes found in Uttarakhand, while the Bhotiyas have an 80 per cent rate of literacy, the Tharus have 67 per cent, Jaunsaris 58.9 per cent, Bokshas 49.9 per cent and rajis 35.8 per cent. The literacy rate of the Bhotiyas happens to be six per cent more than the national literacy average.