Shimla: MTB Himalaya 2012 has entered into its third day with racers from across the world pedaling hard to win the prestigious championship.

By the end of third day, Gopal Narayan was leading the MTB Himalaya 2012. Aayman Tamang and Richard McDowell finished on the second and third position respectively.

Tani Jubbar played host to the flag off of Day 3 of Hercules MTB Himalaya 2012. With the weekend riders back at Shimla, the rest of the pack would cycle a total of 73.7 kms, 46.6 kms of which would fall under the competitive category.

The race started with a heart-stopping downhill for 17.5 km. Gopal Narayan clocked the best time. He was closely followed by Aayman Tamang and Richard McDowell.

The next leg of the race saw the riders pedaling  across the Sutlej river after which they hiked to reach stage 2. 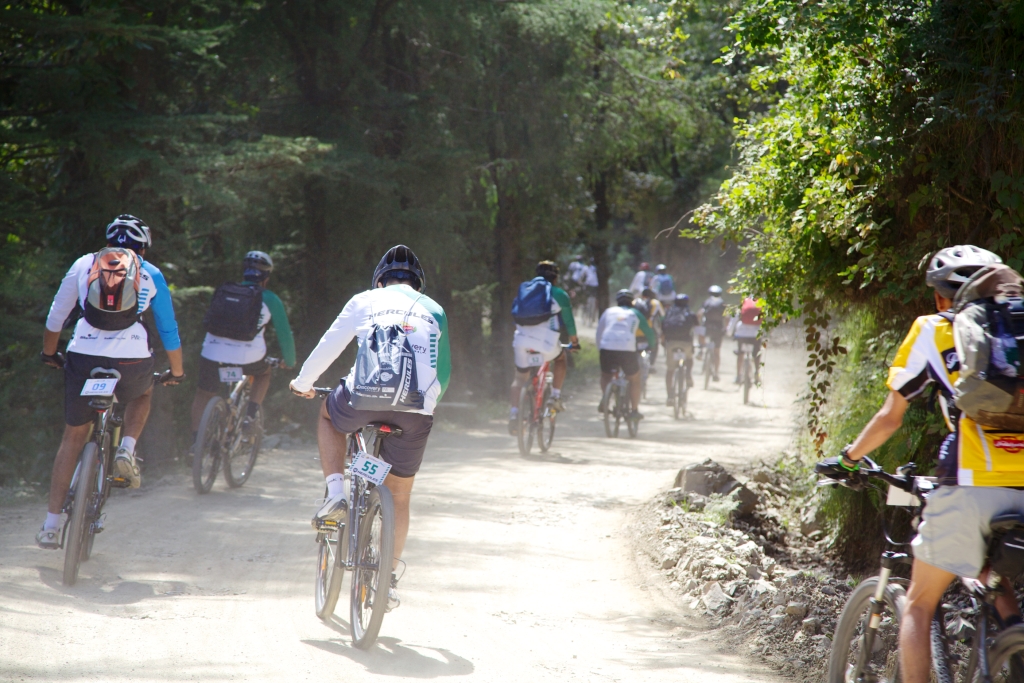 This stage was an up-hill in which Richard McDowell fought off close competition from Gopal Narayan and Aayman Tamang to clock the best time.

Getting to the third stage again involved a bike & hike section over a steep hill. From here it was grueling up-hill to the camp at Kullu Sarahan. The riders get the much-deserved rest day at Sarahan.

Riders will pedal their way up through the magnificent Jalori Pass on 3rd October, at a height of 3250m, to get to Chhwaad where they will set up a  camp.

Jalori Pass is the steepest pass in the Himachal Pradesh and it will surely test the strength of the riders.