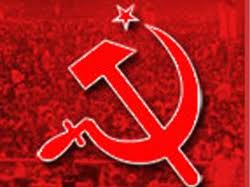 Shimla: Making a serious bid to break into the polarity politics of  BJP and Congress in Himachal, the Communist Part of India (Marxists) have announced candidates who would be contesting the elections on 16 seats.

State CPI(M) secretary Rakesh Singha would be contesting the election from Theog, a seat that already has heavy weights senior congress leader Vidya Stokes, BJP has put Rakesh Verma in the fray and Trinamool Congress state convener Pramod Sharma is also a candidate on the seat.

Another prominent CPI(M) leader, Kuldeep Singh Tanwar would be contesting the seat from Kasumpati, where he is pitched against Anirudh Singh of Congress and BJP rebel Khushi Ram Balnatah.

The candidates nominated by the party are: –