Chandigarh railway station is in tatters and it has been neglected for long, but with Pawan Kumar Bansal inducted as the new Union Railway Minister after the cabinet reshuffle, a hope for revamp of Chandigarh train station has gained momentum. 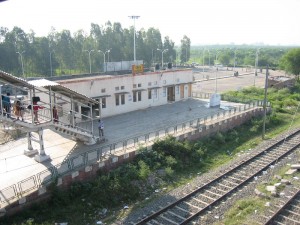 The city beautiful has finest roads and greenery around but it’s saddled with not so beautiful train station, something which Chandigarh residents have been raising with the authorities from time to time.

Bansal, who represents Chandigarh in the Lok Sabha is aware of the deprived condition of the train station. Chandigarh residents therefore believe Bansal will take concrete steps to bring about an overhaul and world class facilities to the Chandigarh railway station.

When questioned, a Chandigarh resident said: “the railway station looks like a cow shed, Bansal being a local must look at making a difference here. Besides taking a look at how and why Indian railways infrastructure has lagged behind globally, he must also look at the need for a world calls train station in Chandigarh.”

Pawan Bansal is also acutely aware of the constraints that the city roads suffer from the rising population in the tri-city of Panchkula, Chandigarh and Mohali.

Need for a mass transport system has been felt for long and with the new minister having taken charge of Railway ministry, plans of having a metro railway network to meet the needs of public transport system could also be firmed up soon.

Manish Tiwari, who grew up in the city, and has been given the responsibility of heading the information and broadcasting ministry has also raised hopes of Chandigarh residents about better regulation cable and television networks in the region.