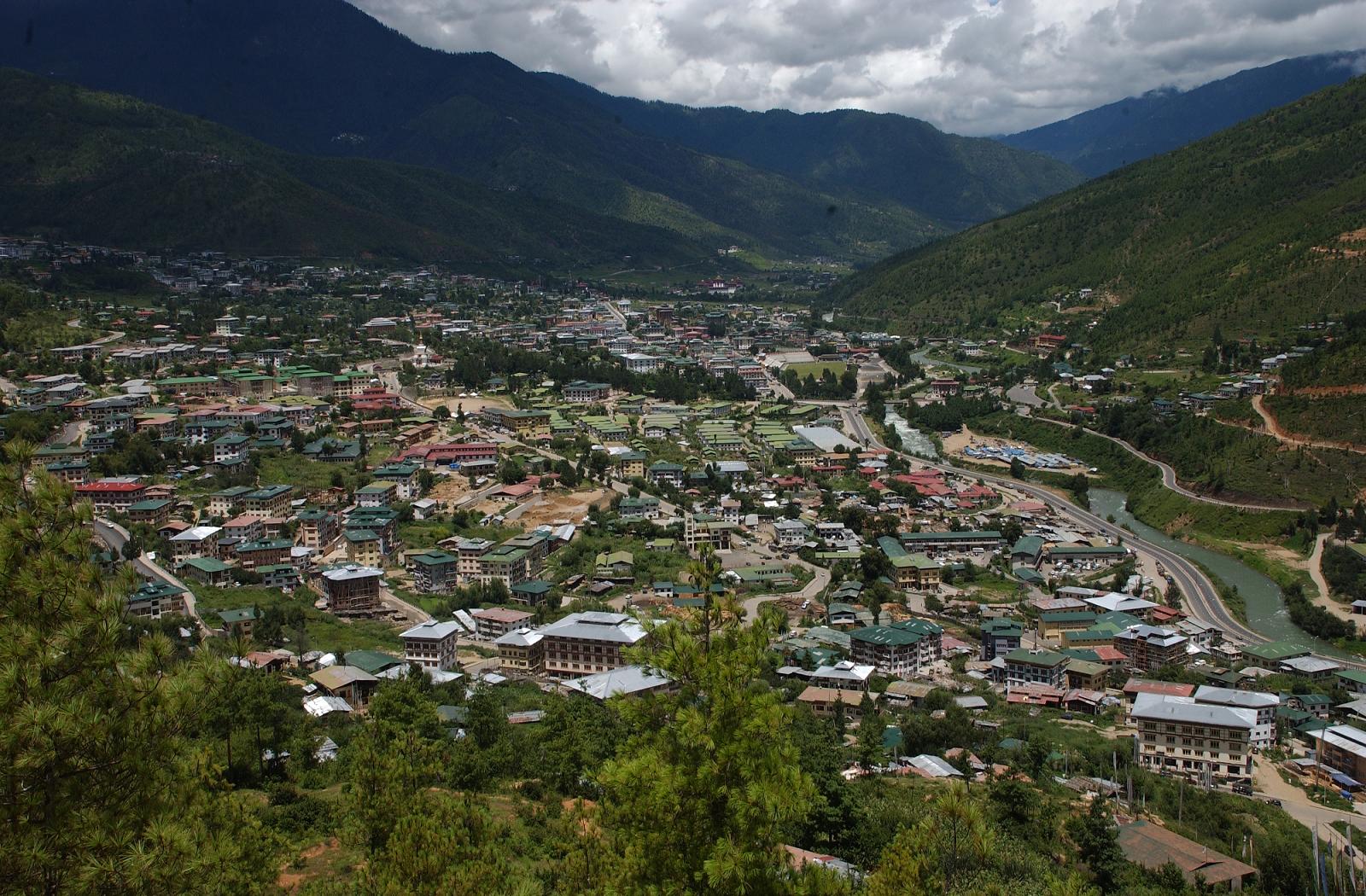 Thimphu: Like a giant Brahminy kite swooping down on its prey, Drukair’s Airbus, plumed in the national colours of orange and yellow, veered sharply to the left over the Himalayas to head for an unexpected v-shaped opening in the mountains.

To the collective gasps of its passengers – who had barely recovered from the excitement of flying alongside the world’s mountain peaks, including Mount Everest, Kanchenjunga, Jumolhari, Dhaulagiri and Makalu among others – it emerged through the gap to present a vista that was both panoramic and breathtaking.

A long strip of asphalt beckoned below in a welcoming carpet at the quaint Paro airport, the gateway to the mystical kingdom of Bhutan. It was flanked on either side by verdant slopes of cypress, pine and oak, dotted in the foothills by pretty traditional cottages and chhordens (Buddhist stupas), with their fluttering white flags, and the sparkling chu (river) that gives company a good way during the one-hour journey from Paro to capital Thimphu.

Welcome to the country often described as “the last Shangri La on earth”, that Lonely Planet calls one of the world’s most enigmatic and intriguing nations.

“Felicitations to the Royal Couple on their Wedding”, greeted a giant billboard with a coloured photo of HRH Jigme Kesar Namgyel Wangchuk, the fifth king of Bhutan, and his wife Gyaltusuen Jetsun Pema Wangchuk, as one set foot in a land whose benevolent rulers have chosen to measure their people’s well being through the unique concept of Gross National Happiness (GNH) rather than the universal metric of Gross National Product (GNP).

Though the couple are observing their first wedding anniversary this month, the kingdom – it now calls itself a democratic constitutional monarchy – is still to get over the international attention it got when the world media came to cover the royal wedding last Oct 13.

Immigration is a breeze (Indians require no visa but on the whole tourism has to be of high-value – other foreigners have to pay $200 each and travel in groups – ecologically friendly and cultural acceptable) and soon one is settled on the road to Thimphu in one of the Maruti Suzukis or Hyundai Santros that seem to predominate the 66,000 odd private vehicle population of the country. Although the snaking road to Thimphu is full of hairpin bends, no one honks because, as our driver put it sagely, the mountain gods “would feel disturbed”.

Thimphu has changed since the time I was last here two decades ago. The city – which resembles an Indian hill town – of about 50,000 people is much more crowded, has many more markets, hotels and restaurants, and there is new construction everywhere, although everyone has to adhere to traditional Bhutanese architectural norms – white-washed rectangular buildings with sloping, crested roofs and gilded windows and all carrying the local icons of dragon and lotus.

There is also the ubiquitous phallic symbol dangling from the eaves of Bhutanese homes to ward off malevolent spirits. In the words of a Bhutanese writer, “phallic rituals appear everywhere in our daily lives, marking events that range from the mundane to the momentous.

“The birth of a calf, for instance, the purchase of a new truck, or the augury of a brand new home all merit a nod to the preeminent phallus.”

Bhutan is a deeply spiritual nation of nearly 700,000 people whose history stretches back to the origins of Buddhism and who have developed a unique identity, derived largely from a religious and cultural heritage, designed for a harmonious evolution of man with nature.

Such is the Bhutanese obsession with retaining their pristine lifestyle that the biggest media debate a few months ago was about the installation of the first traffic light at the busiest downtown crossing. Ultimately, the traditionalists, backed by the king, prevailed and the lights were dismantled. 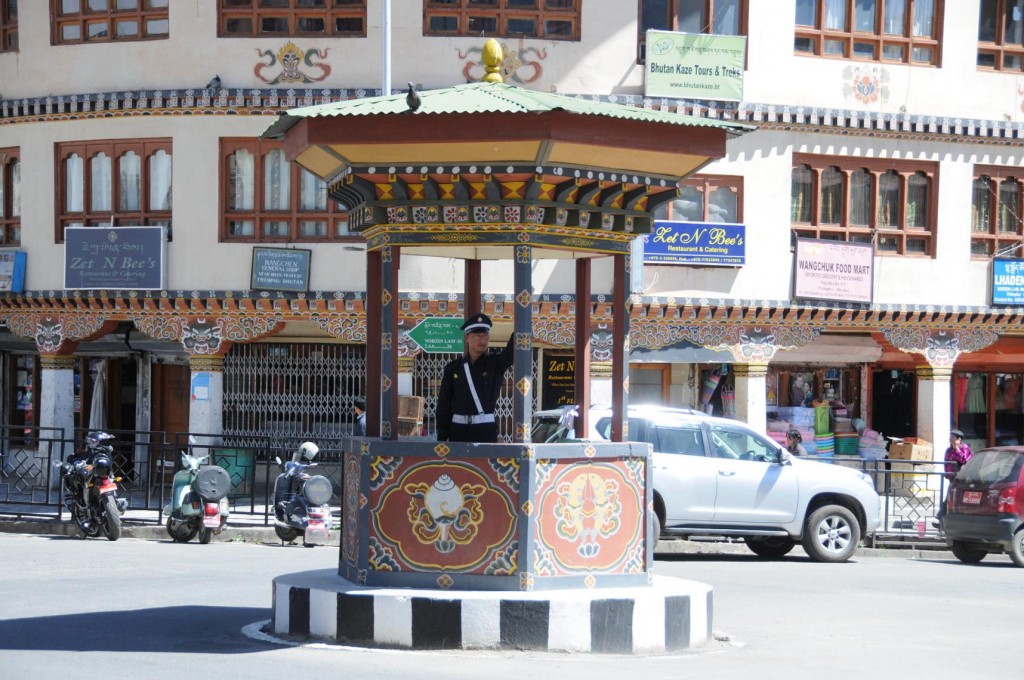 Today, a policeman directs traffic under a crafted canopy, traffic is orderly and non-cacophonous and Bhutan, the land of the thunder dragon, continues with its delicate balance between tradition and modernity.