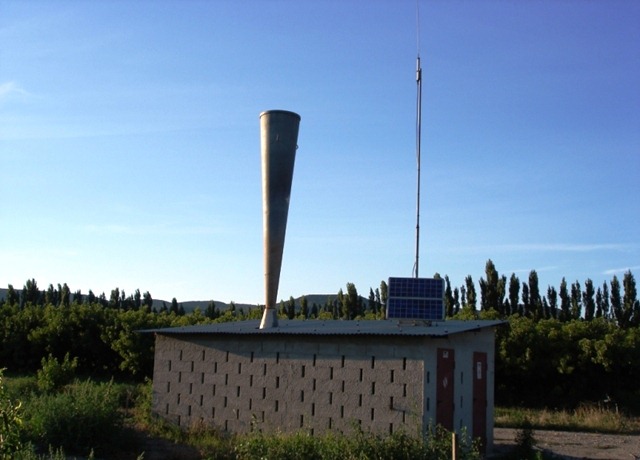 Shimla: t’s literally a battle over guns in one assembly constituency in Himachal Pradesh. And the guns have to do with the apple crop.

A battle has erupted between arch rivals Congress and the Bharatiya Janata Party over the installation of anti-hail guns by the ruling BJP in the apple heartland of Jubbal-Kotkhai in upper Shimla. The opposition Congress smells a rat in the installation of the guns, whereas the BJP is saying these, initially installed on a pilot basis, helped save apples worth crores of rupees during the flowering and fruit setting season from hailstorms.

Horticulture Minister Narinder Bragta and Congress’ Rohit Thakur are training their guns at each other, the third time in a row, from this constituency, which is also the state’s apple basket.

Both the candidates are also prominent apple growers.

“The contract for installing guns was given to a firm with no proprietary experience of its own and it teamed up with a cloud seeding company. It’s a sheer waste of central government funds,” Thakur said.

He said that the damage to the crop was greater in the areas where the guns had been installed.

Justifying the guns, Bragta said they are still only at the trial stage.

“Initially there were some hiccups in the operation of the cannons. But now, the guns are efficiently quelling hailstorms,” he said.

Bragta said one anti-hail gun would only cover one sq km. “In the past two years, there was no report of damage to the crop in the areas where they were installed. However, the damage was more in those areas not covered by them.”

He said a Rs. 374 crore proposal to purchase anti-hail guns was submitted to the central government this year. The idea was to install 300 guns across the state to adequately cover the entire fruit-growing areas.

The guns contain cannons connected to a weather radar. When clouds with potential to release hailstones are formed, the guns send shock waves into the pressure areas where such clouds form, puncturing the clouds and sending down rain rather than hail.

The anti-hail gun technique has been functioning successfully in the US, Mexico, Canada and Turkey and in European countries.

Political observers say that the issues in this constituency are almost always entirely about apples.

While the BJP is taking credit for increasing the farm subsidy on anti-hail nets from Rs. 25,000 to Rs. 50,000 this year, the Congress claims that it would provide a subsidy of up to 80 percent for installing the nets.

“The bumpy 80-km-long Theog-Kotkhai-Hatkoti-Rohru stretch is also a major issue,” an observer said.

The state government allocated the World Bank-funded road widening project, which would serve as a lifeline for Shimla’s apple belt, to Chinese firm Longjian Road and Bridge Company Ltd in June 2008.

The road was to be completed within 36 months. In August, the government cancelled the contract with the company.

Thakur said apple crop worth over Rs.1,000 crore was damaged in the past four years as the road remained blocked for weeks and crop was not transported to the markets.

Bragta admitted to a delay in the project’s execution but blamed the company for the lapses.

Bragta lost this seat to Thakur in 2003 by a huge margin. Before that, the seat was the bastion of Thakur’s grandfather, the late Thakur Ram Lal, who won nine elections.

Polling for the 68 assembly seats in Himachal Pradesh will be held Nov 4. The votes will be counted only on Dec 20 after the Gujarat assembly polls are over.