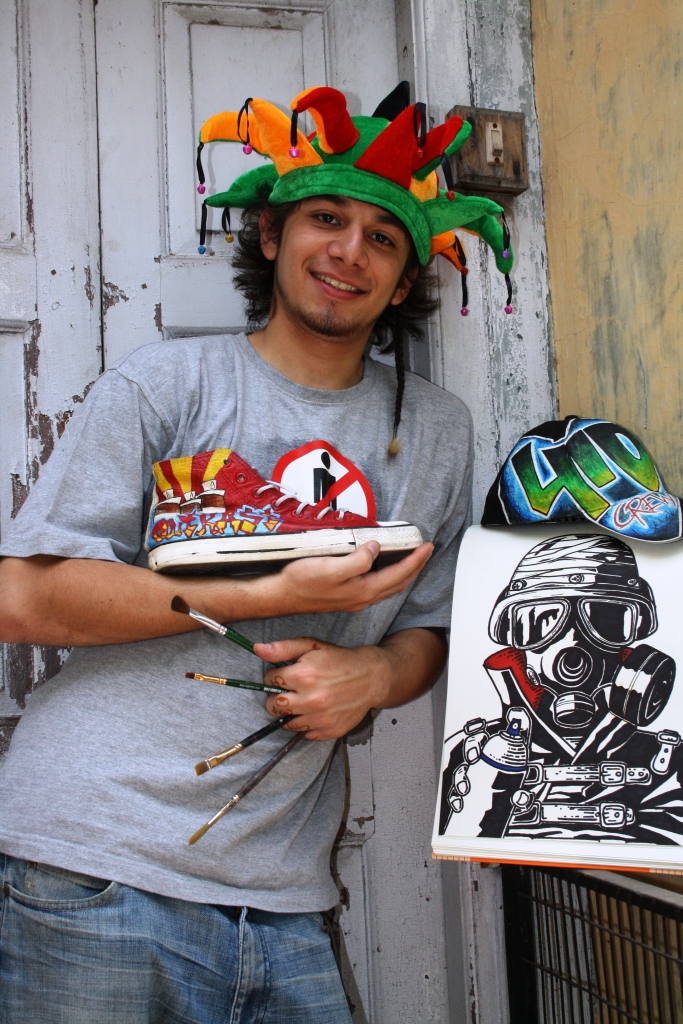 Pune-based Bruce Dunn explores the usually ‘outcast’ art form graffiti as a medium of art and social expression. Although Bruce shuns conventional galleries, he has held Graffiti Exhibitions under the banner of TAIN. His art can be found across the walls of High Spirits Cafe, Pune, and Miles Street Cafe Pune. He conceptualizes and designs his own work. He has studied Fine Arts at FAD International. This ambitious boy has started his own company, Outkast Ink to promote himself as a graffiti artist.

Out of all the art forms, Graffiti is a less known art form in India, so what drew you to it initially?

Graffiti is picking up in India with the youth now beginning to understand that it’s not just about going and spraying a few letters on a wall but its more about reaching out to people and sending out a message. Initially that is what drew me to it. When I was in London on vacation, I realized that graffiti isn’t just about letters. You can create characters and make them in such a way that when the viewer looks at it he instantly gets the message that the artist wants him to get. So I tried it here and my work has been well received.

Do you believe graffiti is an effective medium to reach out to the youth?

Do you consider graffiti as a ‘form of rebellion’?

Initially graffiti was considered as a form of rebellion because people 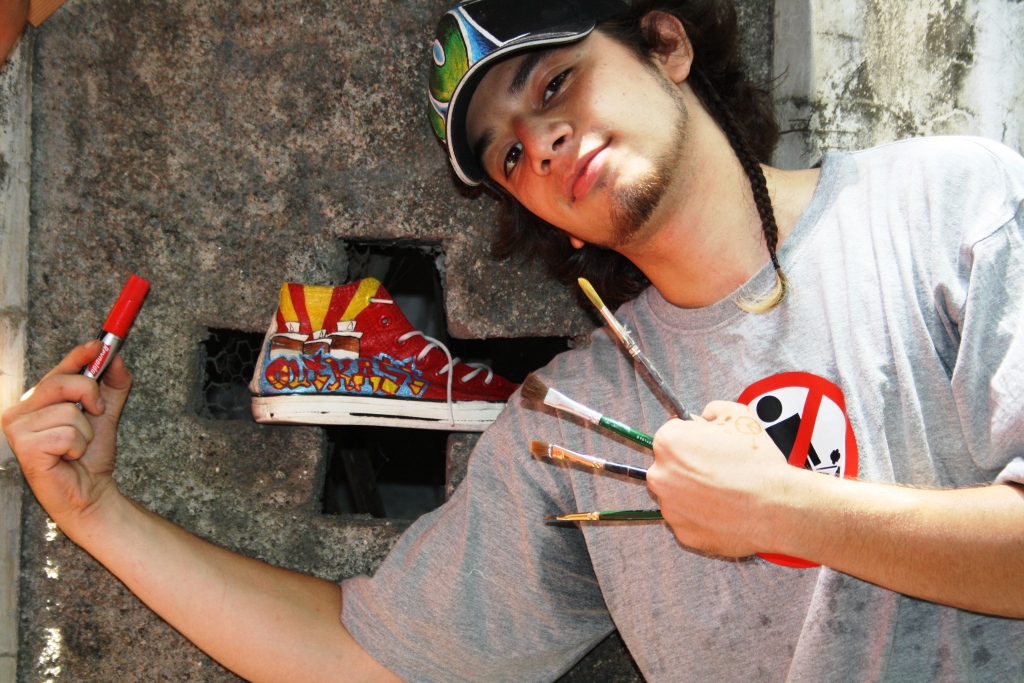 never understood what graffiti artists wanted to portray, they thought of it as an act of vandalism since people painted over walls, buildings and public property, but people have come to realise that all these artists actually need is a place they can vent out while also putting their message across through the form of art. This realisation has changed things. Now in some countries they now have walls where it is legal to actually go and paint on. I never agreed with the view of graffiti being an act of rebellion and I never will. Almost all my work is legal and I get paid for doing it so I guess people actually want it now.

Why don’t you believe in formal training in art?

All of what I know is through my own Research and Development as well as by using the trial and error method. For most parts colleges don’t teach you what you can apply in graffiti, especially in India. At the end of the day you’re paying them for them to tell you that you have to go home and do your own research and find your own suitable materials. So, I’ve always been of the opinion that college is pointless and they only value addition they provide is a certificate. Then again, I find a certificate pointless because when you apply for a job, people want to see your portfolio not pieces of glossy paper.

What inspired you to graffiti across shoes?

Shoes were the start of everything for me. I had a pair of Converse canvas shoes which were white and I found them boring to look at. So I painted those and walked around in them. Friends and other people saw them and wondered whether I could make a pair for them. That’s when I turned entrepreneur and began charging a minimal amount to paint shoes on order. From two pairs it became four, and four became six. That’s when it became a business. Now people want graffiti across many different things so I end up designing and painting caps, guitars, t-shirts and walls among other things.

What materials have you worked with?

Well, I work with practically anything I can get my hands on, starting from metal to canvas to wood to bricks. I paint of just about everything that the human eye can see. I think working on bikes and cars are fun, but I think I have most fun with just a plain canvas or a huge wall. I hate the sight of plain white walls and cannot look at one without picturing some sort of graffiti on it.

Would you consider graffiti modern art?

I don’t think that graffiti can be considered modern art. I’ve seen some really good modern art and I feel that art that actually has some meaning to it, thumbs up to their artists, but for those other artist who take paint and splash it on a canvas and then make up some rubbish story around it just to sell it, I think that’s just retarded. Give a two year old some brushes and some paint and tell him to go ahead and splash some paint, that’s as good as their “modern art”.

Author is a student at SIMC