Shimla: Lying low ever since former cabinet colleague Virbhadra Singh was given charge of leading the election campaign in Himachal, in a show of solidarity with the faction ridden party, union minister for commerce and industry Anand Sharma is to be present here Friday, for releasing of the party manifesto. 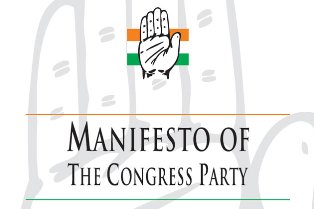 Besides Virbhadra Singh, the other leaders to be part of manifesto release function include, leader of the opposition Vidya Stokes, union minister Anand Sharma, party incharge for Himachal Birender Singh Chaudhary and AICC secretary Anees Ahmed, he said.

With Prime Minister Manmohan Singh, Congress president Sonia Gandhi and Rahaul Gandhi scheduled to hold election rallys, party insiders say that Virbhadra has been left to spearhead the campaign by himself as others have shied away from countering the ruling party’s onslaught.

As the party readies to release a new manifesto, to recall the 2007 election manifesto that the people rejected by voting out the then Congress government had advocated employment to every household and committed to regularize all temporary teachers and contract employees.

Laying of a broad gauge Bhanupali-Bilaspur rail track, bringing 90 thousand hectares under assured irrigation in 3 years, setting up a central university in Kangra district, a medical college each at Hamirpur and Mandi among others issues was on the election agenda of the Congress party in 2007.