Shimla: Weak laws had left consumers at the mercy of dubious direct selling companies, which was hurting the business and reputation of those adhering to international standards, a top Amway executive stated here today. 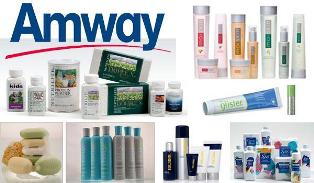 Talking to reporters, Sudeep Sengupta, spokesman of the fast moving consumer goods (FMCG) company said that many country’s had legislated stringent laws to protect consumers from direct selling companies and it was a much felt need here also because there were many companies using questionable marketing models under the garb direct selling.

The Kerala government has already enacted a law through issuing of an ordinance about protecting consumers, it is also being studied by the union government, he said.

Responding to a question about the country opening up retail for foreign direct investment, Sengupta said that it would not affect their business as direct selling did not involve taking up any shelf space on retail stores.

Of the total turnover, the Nutrilite (food supplements), alone had a turnover of over Rs 1100 crore in 2011, said Sengupta.

He added that even though plans for setting up an Amway manufacturing facility was yet to be firmed up, the contract manufacturing being done at Baddi in Himachal would continue to contribute about 80 percent of product manufacturing in India.

Investment in the dedicated plant for Amway set up by Sarvottam Care has touched Rs 105 crore up from the initial investment of Rs 50 crore.

The company has a office in Shimla which supports 47 towns through a home delivery service. Countrywide Amway has 135 offices, 55 city warehouses that supply over 4000 cities and towns.

The company sells 131 products in five categories, with 97 percent of the manufacturing being done within the country by multinational company.