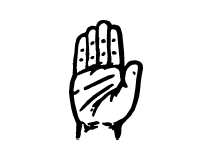 Dehra Dun : The by-election to the Tehri Lok Sabha seat in Uttarakhand, scheduled for Oct 10, could have far reaching repercussions. The high commands of both the BJP and the Congress are aware of the fact, which is perhaps why they are resorting to all tactics to ensure that the party candidate wins.

By-election to Tehri Lok Sabha seat was necessitated following the resignation of Vijay Bahuguna after being nominated the chief minister of state. He was later elected to the vidhan sabha after winning the by-election from the Sitarganj assembly segment, following which he resigned from Lok Sabha.

The BJP recently allowed the return of Munna Singh Chauhan into the party fold, despite a section of party leaders in the state being against it. But the major consideration for the party high command is the fact that Munna has contested thrice from the Tehri Lok Sabha seat and polled over 70,000 votes on each occasion.

The party high command feels that if Munna, who left the BJP in 2009 is able to divert a major chunk of his vote bank to the BJP candidate, Mala Raj Laxmi Shah, a member of the erstwhile royal family of the Tehri estate, it could br an all win win situation for the party.

Asked why the BJP was so keen to win the Tehri Lok Sabha seat, party sources here confided that two BJP ruled states, Gujerat and Himachal Pradesh, are likely to go to polls in late October, early November and this could set a negative trend for the Congress.

“The feeling is that should the Congress lose the Tehri Lok Sabha seat, a general feeling that will percolate down to the masses all over the country is that the people are taking cognizance of the number of scams of the UPA government at the centre that are surfacing, which will make a dent in the vidhan sabha elections in the two states”, they confided.

Meanwhile the Congress too is not taking the issue lightly and is ensuring that the right candidate is given the party ticket so that there is no infighting, which could damage the party prospects. The party high command has summoned chief minister Vijay Bahuguna, state party chief Yashpal Arya and other senior party leaders to Delhi for having a consensus on the choice of the candidate.

But given the heart burnings and differences within the Congress in the state, with some of the party legislators themselves revolting against the chief minister, it appears that they could surface at the hustings and thereby harm the prospects of the party candidate.