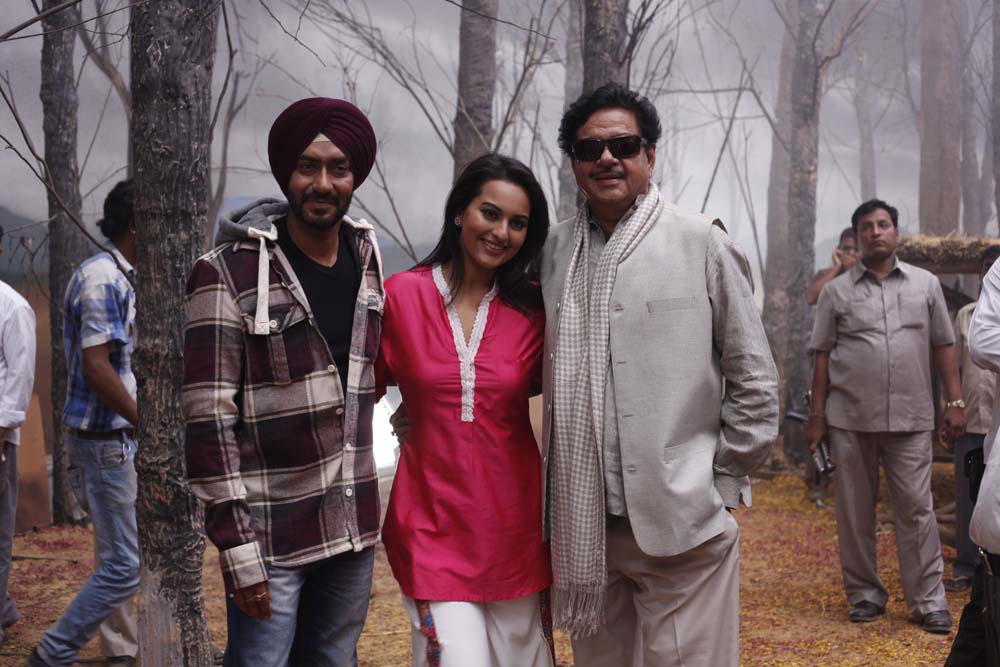 New Delhi: The team of “Son Of Sardaar” (SOS) got a surprise visitor in veteran actor Shatrughan Sinha, while they were shooting for the movie in Patiala.

The actor-politician’s daughter, Sonakshi Sinha, who is the lead actress of the movie, was delighted to see her father, especially as she had been feeling homesick in Patiala.

Her hectic schedule, thanks to constant film promotions and outdoor shooting schedules, have been keeping her away from home. So after hearing this, the doting father decided to go to Patiala and surprise his daughter in the middle of her shoot.

“Sonakshi is very close to her father. But due to work commitments and hectic work schedule, she was unable to spend time lately with her family.

“When Shatruji came on the sets, Sonakshi was so happy and touched that she became quite emotional and her happiness had no bounds. Shatruji was very gracious and also spent quite some time with Ajay (Devgn) and everyone else on the sets,” said a source.

Shatrughan underwent a bypass surgery in July. Post surgery he made his first public appearance to watch a play on the behest of his 25-year-old daughter.