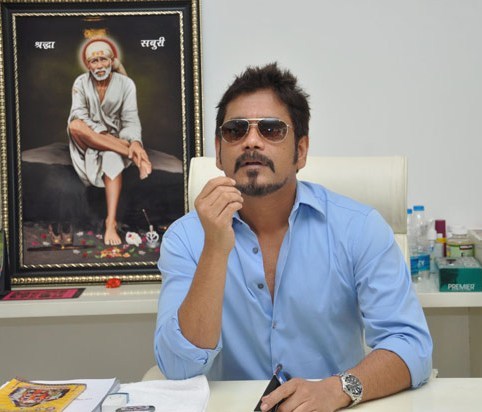 Chennai: Southern superstar Nagarjuna says his “Shirdi Sai” will be the first Telugu film to release in Africa and that the story will be uplifting and touching.

Directed by K. Raghavendra Rao, the film is releasing in around 800 screens globally Thursday.

“‘Shirdi Sai’ is the first Telugu film to release in Africa as it is home to thousands of Sai devotees. The film is also releasing in many other countries where previously no Telugu films were screened”, said Nagarjuna over phone from Hyderabad and added that “the film will be uplifting and touching.”

Shot in about 60 days, “Shirdi Sai” will be highly message-oriented and spiritual.

“Though it sounds cliched, but I’m fortunate to get these kinds of roles. I’m very excited. I will be carrying forward the legacy of my previous films ‘Annamayya’ and ‘Sri Ramadasu’, also directed by K. Raghavendra Rao”, said the 53-year old.

Almost 80 percent of the shoot happened at Annapurna Studios in Hyderabad, including dubbing, VFX and digital processing.

This is dailogue-writer Paruchuri Brothers’ 333rd film. M.M.keeravani has composed the music for the movie.

Meanwhile, Nagarjuna’s “Damarukam” is almost done and will enter post production very soon, while his “Love Story” will be wrapped up by November and will hit screens during Makar Sankranti.