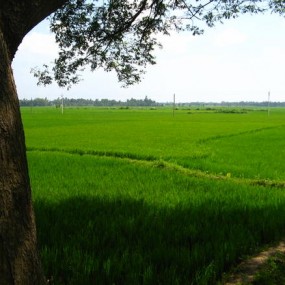 Chandigarh: Despite the delayed monsoon in the region, official agencies in Punjab are all set to begin paddy procurement in the state Monday (Oct 1). They are hoping to procure a record 150 lakh tonnes of paddy this season, an official said Sunday.

“The state government is fully geared up to clock the highest ever target in the state. Arrangements have been made for procurement of 150 lakh tonnes of paddy in 1,770 notified purchase centres,” a state government spokesman said here. The process will begin Oct 1.

He said that strict instructions have been issued that payment to the farmers be made within 48 hours after lifting their produce. Paddy would be lifted within 72 hours of purchase, he added.

The state agriculture department has projected 163.68 lakh tonnes of paddy production from an area of 28.10 lakh hectares sown under crop this year.

The bulk of the paddy crop is expected to arrive after Oct 15.