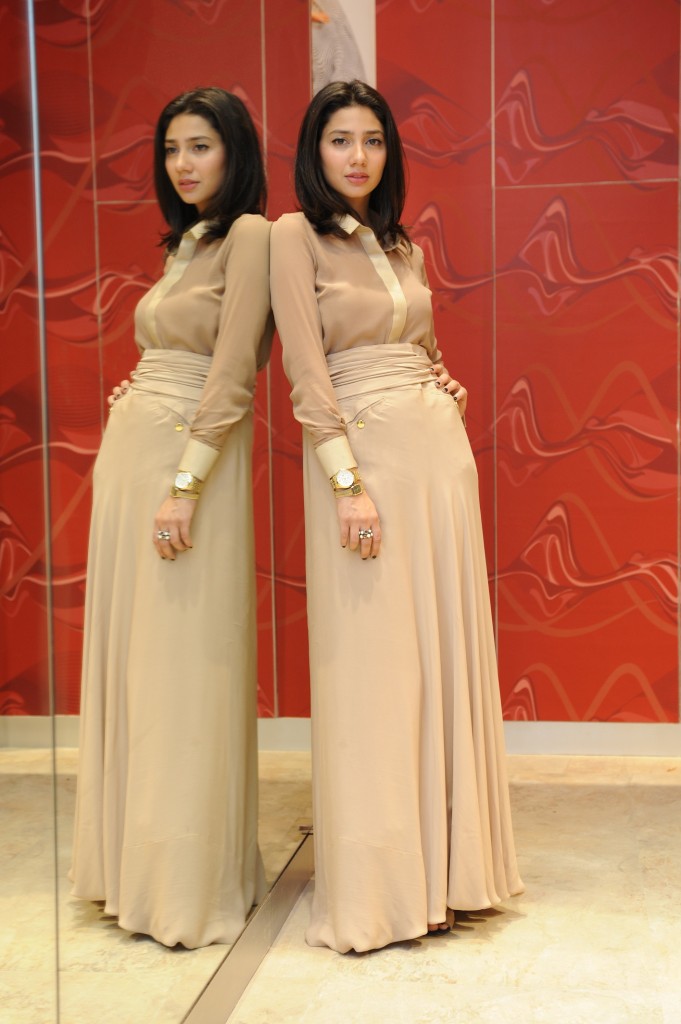 New Delhi: Pakistani actress Mahira Khan, known in India for her role in Shoaib Mansoor’s “Bol”, is satisfied with her small screen work back in her homeland. Even while many from her nation have come and carved a niche in the multi-billion dollar Indian film industry, she says she has no such aspirations.

“I don’t want to be a Bollywood star for sure because the kind of stardom that we get from Pakistan, I am very happy with that. So becoming a Bollywood actress is not something I am aspiring to do,” said Mahira, who played Ayesha in “Bol”.

Pakistani actresses like Salma Agha, Zeba Bakhtiar, Somy Ali, Meera and Veena Malik, and actor Ali Zafar are among those from across the border who have pursued their love for acting here.

The Indian film industry is growing by leaps and bounds, and the film industry in Pakistan is not as big, but Mahira is nonchalant. She says their television industry is stronger, and has given her a chance to play strong characters.

The 27-year-old essayed the role of Khirad Ehsan in TV serial drama “Humsafar”, which became one of the most widely-known dramas of the Pakistani TV industry. She was praised for her performance by critics and fans alike.

“After ‘Bol’, I did a serial called ‘Humsafar’ which was bigger than any movie that has come out in Pakistan and it did extremely well. It was maddening to see the reaction of both critics and fans, so I thought let’s just give it a break for sometime and then take another project.

“Also in Pakistan, movies are not bigger as our industry is not that big. One movie coming out in five years is not tremendous. What we have is TV, which is at par. Stars there are TV stars, so I am enjoying that and honing my skills as an actress,” she said.

The actress was born in Karachi and pursued her higher education in Santa Monica Community College, Los Angeles. Her first tryst with showbiz came as a video-jockey when she was 16 years old. She had no dreams of becoming an actress.

But Indian dancing diva Madhuri Dixit’s performance and dance moves in the 1989 film “Ram Lakhan”, tempted her towards the art.

“I became an actress only because of Madhuri Dixit. I was watching ‘Ram Lakhan’ and her song “Bada dukh dina o ramji” was coming. The moment I saw it, I told my mother, ‘I want to do it, I want to be on TV’,” said Mahira.

She was recently in the capital to attend the opening of PFDC-The Boulevard, a one-stop shop for designer wear from Pakistan. She feels welcome whenever she comes to India.

“I don’t feel like I am in some other country or neighbouring country. I just feel like I am in another city. Starting from the cab driver to the immigration officers to the truck driver, it’s so so warm to be here. I hope this remains with me everytime,” she said.

A fan of Ranbir Kapoor and Vidya Balan, she also feels happy that “India is becoming a hub of good scripts”.

“Films like ‘Rockstar’ and ‘Ishqiya’ brought revolution in the Hindi film industry. There are many movies today that are nicely written. I love the kind of cinema Vishal Bhardwaj makes,” she said.

“When it comes to stars, Ranbir Kapoor is my favourite. The way he has managed to mould his career at such a young age is just unbelievable. Also Vidya Balan is just too good. For me, she is an actor,” she added.

Mahira said her future plans include one project from India and a few Pakistani projects — but she did not reveal any details.