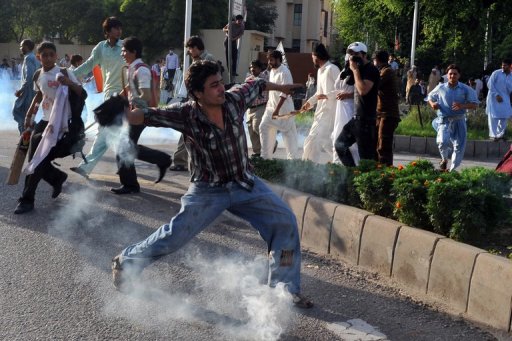 Srinagar:  To stop the protests from swallowing Authorities on Friday imposed strict restrictions and undeclared curfew on public movement after reports that protests are being planned against the amateur anti-Islam film. A holiday had been declared in schools and colleges today.

Policemen in riot gears were manning the alleys, lanes and roads of Kashmir to prevent the people from marching in streets against the anti Islam movie. As a preventive measure to maintain law and order, “authorities have ordered imposition of restrictions on movement of people and transport in six police station areas of the old city”, a senior police official told Hill Post.
Restrictions under Section 144 CrPC, which bans assembly of four or more people, were imposed in five police station areas in the Old Srinagar City, police sources said. Similar restrictions were also imposed in Anantnag town in south Kashmir, which has witnessed protests against anti-Islam video made in the US, the sources said.

Work in government offices, banks and other institutions were also affected due to the strike. However,  despite restrictions stone pelting clashes between forces and protesters were reported from Batmaloo, Parimpora, Bemina Byepass, Hazratbal and some parts of old city. Eyewitness said that a group of youth assembled in Batmaloo, Hazratbal areas in Srinagar City to protest the blasphemous film made in the US. However, the youth were chased away by the forces that were deployed in good numbers.

Reportedly four persons including two policemen got injured in these clashes.

The state government has yesterday announced holiday today in all the educational institutions across the valley as precautionary measures in view of the post Friday protest programme given by separatist hawk, Syed Ali Shah Geelani.

“Police resorted to heavy baton charge and teargas shelling to disperse DeM activists,” they said, adding that three to four activists were injured in the incident.

Meanwhile, DeM, Chief Asiya Andribi along with other party activists were detained by police and lodged in Womens police station in Rambagh.

Reports pouring in from other districts headquarters said normal life remained paralyzed due to closure of markets, offices and schools.

However, reports of clashes reported from other district headquarters include Anantnag, Baramulla, Shopian and Sopore town.

“A group of youth assembled near Main Chowk Anantnag and tried to lead protest demonstration, however, police and paramilitary forces swung into action and restricted youth from leading march which resulted in clashes with forces”, an eyewitness said.

A police spokesman in a statement issued said that peaceful marches were taken out at many places across the Kashmir valley against the blasphemous movie clips.

Situation remained peaceful across the valley however; a few minor stone pelting incidents were reported from Srinagar, Pulwama, Baramulla, and Shopian.