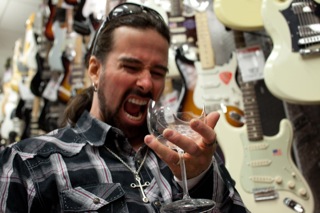 New Delhi: Jaime Vendera can break wine glasses with his raw voice, but the US-based vocal coach doesn’t consider himself special and gives credit to years of hard work for achieving the unique skill.

“I don’t feel special. I have been taught to do this. One of my friends, Jim Gillette of rock band Nitro, used to break wine glasses with the help of the amplifier and he was the one who taught me to do this,” said Vendera, 42, on phone from Ohio.

He has been playing professionally since the age of 16.

Vendera is today a world-famous glass-shattering and voice-strengthening expert, who has an unusual approach to vocal training.

His training allows a singer to unlock his or her voice by creating a variety of primal sounds and unleash the power of vocal resonance and projection.

“I was scared out of my mind because I wasn’t special. But he taught me and I did the show. It was ‘Mythbusters’ (2005) for the Discovery Channel. I performed there with other professionals and when the showmakers measured my voice, it was much louder than other competitors.

“They said they wanted to see me try and break the wine glass without the amplifier. So I practiced and I did it. I set the world record. I have been practicing through a lot of vocal exercises,” said Vendera, a former construction worker. 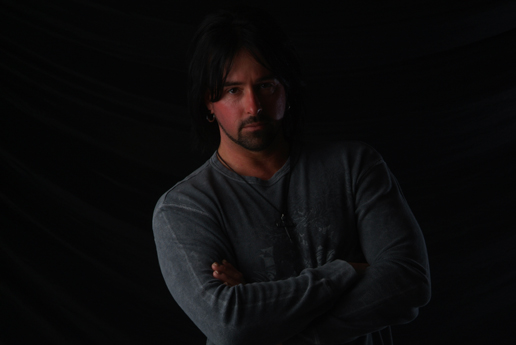 He said he used to take glasses to his job site and practice there by screaming at them.

“I’m also a vocal coach. But glass breaking is fun. I love doing it. I have done dozens of TV shows. It helps me travel all over the world,” he said.

Vendera will now appear on Discovery Channel’s new show – “Superhuman Showdown” that tracks down individuals with unique abilities. It goes on air from Monday.

“I periodically get my vocal chords checked to make sure I haven’t damaged my throat. It is working amazing well.”

Any plans to visit India?

“I haven’t visited India but I have been dying to visit the place,” he said.