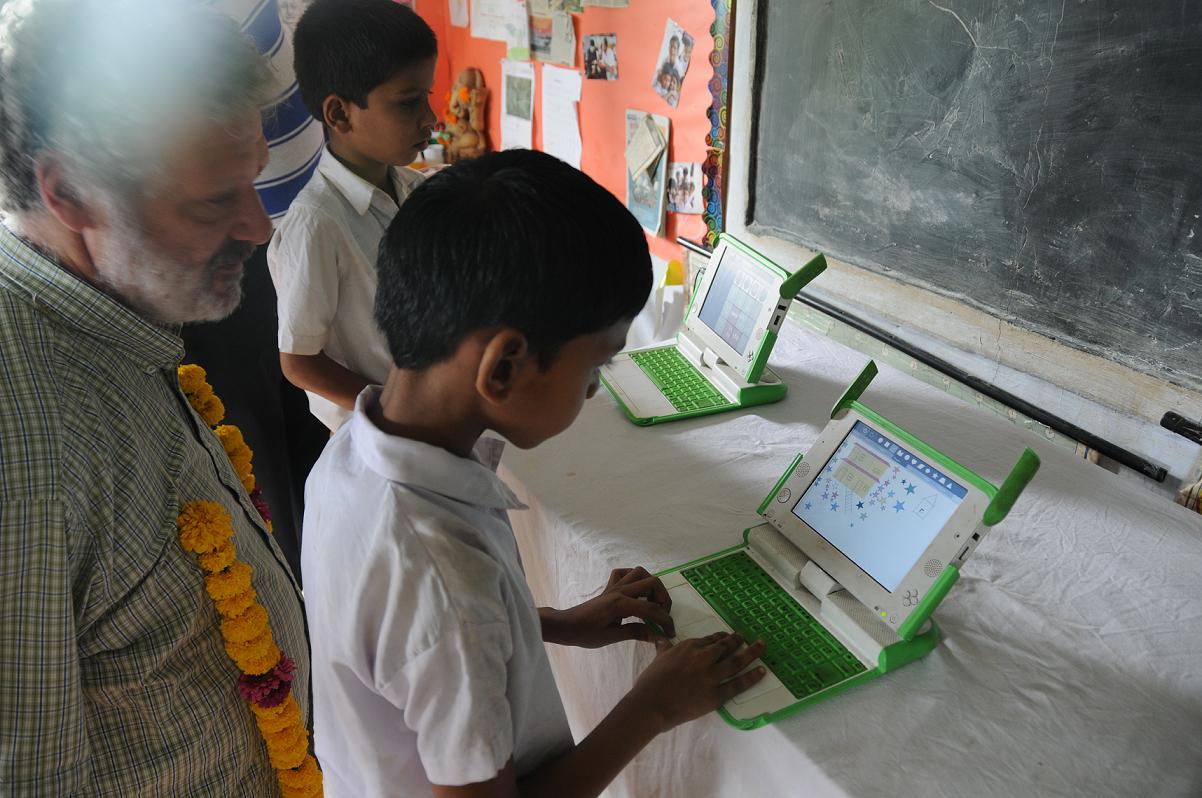 Khairat (Maharashtra): For Walter Bender, co-founder of the One Laptop Per Child initiative, watching 20 children display great familiarity and skills with their XO laptops at a primary school in rural Maharashtra in western India was a proud moment.

These laptops had been designed for children aged 6-12 years and Bender had added the “Sugar” interface that makes these machines easy for their use. The laptops were then given to children of a school in this village in Raigad district four years ago.

In no time, the children learned the ropes. They can now make their own music, create an animated dance sequence and use it to aid schoolwork.

Bender was the co-founder of the laptop initiative that began in 2006 and after leaving it in 2008, he founded Sugar Labs to continue the development of this particular interface.

Now on a trip to India to assess the impact the interface was having in rural schools, he said there was greater need for its promotion. The laptops have not reached too many rural schools yet, he found.

“Most people, including government officials, who hear about the unique XO laptops and Sugar interface, get excited about it. But there is hardly anyone who has shown interest in actually pushing the initiative,” Bender said.

“We are looking at a public-private-partnership model to penetrate the rural market.”

Bender was all appreciation for the efforts of two teachers of the Khairat-Dangarwada Jilla Parishad Prathmik Shala, the school in Raigad district that has been using the interface for four years now.

Asked about his special focus on the rural school, he said there were several learning tools available for urban children, but rural kids needed more resources.

“Along with rural kids, we plan to target the urban poor. At a tender age, all children are smart, they only need the resources; and rural children lack those.”

Bender explained that he had met with greater success in the use of the interface in other parts of the world. “We have not been able to do in India what has happened more effectively in Galadima (Nigeria), Uruguay and Peru,” he said.

“Partnering with corporate houses might help us achieve greater penetration. We are looking forward to two more schools in Goa coming on board.”

The OLPC programme was first unveiled at the World Summit on Information Society (WSIS) in Tunisia in 2005.

“The XO has features that make it suitable for children to use. It consumes power frugally, can withstand rough use and be used in hot and dusty environments,” Bender said.

The white-and-green laptops made for Indian children have an added feature — the Devnagri script. Once the child is able to use the laptop, he or she can start operating it in Hindi.

During Bender’s visit, some children at the school had composed a piece of music and strung together an animated dance to show him. They could also explore e-books, and those fond of mathematics could play with numbers.

“By repeating a combination of commands, the children could also make complex drawing patterns.”

This is a programme that is supported by researchers at the Homi Bhabha Centre for Science Education (HBCSE), under the aegis of the Tata Institute of Fundamental Research (TIFR).

Professor G. Nagarjuna and other research scholars who run a knowledge lab within the facility make weekly visits to the village and engage with the teachers and students to aid learning and help make full use of the potential offered by the XO laptop.