It was my first journey to Kolkata. It was unusual, considering that I had chosen to stay in the most interior parts of the country’s literature capital. Of course, there was this deep desire to visit the mind boggling Science City, the historical Writers building, the mesmerizing Victoria Memorial but for the time being, all my energies were concentrated towards reaching Aeruli, a small village within the small district of Ranaghat.

It was my friend’s village. Personally, for me, it was the most convenient setting, I could have asked for. Ravi was going to take care of my food and shelter while, for once, I would just be like a free bird, wandering the narrow lanes of Aeruli, not afraid of trespassing boundaries and above all, absorbing the sweet smell that the soil would slowly release.

We were in the midst of May and the sweltering sun had already enlightened the teeming streets of Kolkata. We made our way to Sealdah through a bus. Sealdah was supposed to be the connecting root from the majestic Howrah Station to the Ranaghat station. “Village mein jaldi andhera ho jata hai, already 4 baj gaya,” mumbled Ravi. I was oblivious to his worries. The whole city seemed like a mystery to me. A 40 year old granny was pleading to the conductor in her fluent Bengali, requesting him to let her ferry for a rupee less.”Keno?” was all I could remember.

We boarded a train from Ranaghat Station. For a few reasons, I find people of Kolkata very interesting. They are so well-informed that it’s not even funny. Their ability to comment intelligently on anything and everything under the sun just surprised me. The ease with which two strangers got into intense discussions baffled me. The talks would dart anywhere from oncoming rains to Dada’s retirement to the incumbent political turmoil of the country. The train frequencies, although few and far between are worth cherishing, just for these reasons.

At 5pm, it would have been a mid-afternoon in Mumbai. But it was already getting darker in Aeruli, the lesser known district in a better known ex-capital of the country .All we needed was a rick to drop us to his Aunt’s place. Outside the station, we were greeted by the sight of bullock carts and rickshaw pullers.  Men with naked chest tugged onto their rickshaws in the hope of a new ferry. Their palms resembled the fibers of a rucksack; rough, strong and showcased their loyalty to their profession.

Finally, we reached his Aunt’s house. By now, it was quite obvious that the only language they were comfortable would be Bengali. Ravi’s Aunt Jyotsana seemed like a 40 year old lady who had spoilt most of her teeth in eating suparis. She had a dark face and intense eyes, lighting up at times to depict her response to Ravi’s narration of the journey.

Jyotsana had two children, one was a cute toddler named Geeta and other was a bright 20 year old Suranjan. But it was Geeta who intrigued me the most with her innocent face and bubbly nature.

For the rest of the ten days that I spent in the village, it was just me and Geeta walking through the forests, overlooking the lush green fields and stopping occasionally to listen to her anecdotes. Being a non-bengali, it was difficult to understand what she meant but it was mesmerizing to listen to her while she spoke. We ran across the ladyfinger fields, passed the carefully hashed rice stacks. Geeta seemed to have taken the role of mentoring me quite seriously. At every stop, she would the three foot tall lady would sharpen her eyes on me as she would mutter the details of the place.

Her tone had an amazing maturity. It made me realize that some times, the beauty of a place is not just about the beauty of the structures, historic spots. It is not about the beautiful gardens built in the memory of the beloved queens but it is the beauty of the people themselves who add vibrancy to the place. I was amazed at the amount of love that I found in Geeta and other villagers alike. It would have been difficult to find this elsewhere.

It helped me articulate Kolkata, although only a small yet a significant part of it.  Apart from being perennially green at heart, the place had still kept its cultural roots intact. 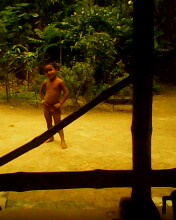 I saw you striking the pose,

Or maybe you tried,
With those blissful eyes,
Pausing at the tiny device.

The cheeks burnt for the brunt of the sun,
But unfettered you were,
Least interested in what the skin did fare.

The hands confident of a striking pose,
That similar to the city girl,
Perhaps even similar the dreams,
O girl, can you reach the limits of  its beams?

when I passed the streets of Kolkata…….

Writer is a PG student at SIMC.