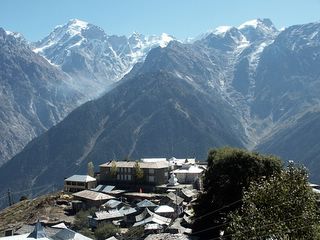 Rekong Peo: Your journey to the picturesque and remote district of Kinnaur in Himachal Pradesh will be an object lesson in preserving the environment and going back to nature.

The locals here did not wait for the government to impose a ban on eco-unfriendly products. They serve water in “kulhars” or clay mugs and there is a self-imposed ban on mineral water in plastic bottles.

The district administration has also decided not to use plastic water bottles at official functions. Only water stored in environmentally friendly mud pots like “matkas” or “surahis” will be allowed.

“We are promoting ‘kulhars’ by offering water and tea to the guests in them. Even in our kitchens, we have again started using ‘matkas’ or ‘surahis’ for storing water, rather than plastic buckets or containers,” said Neena Devi, a resident of Kilba village in Kalpa block, an area known for its delicious apples.

She said that people in neighbouring villages too have adopted traditional methods for storing water, milk and curd.

Kilba’s gram panchayat head Daulat Singh Negi said even during the visit of Chief Minister Prem Kumar Dhumal to the village Sep 9, water was offered to him in a ‘kulhar’.

Kuldeep Singh, owner of Deep Cottage, a home-stay unit in Kilba, said most of the homestay owners in the district are offering water to the tourists in kulhars’. Even storage of mineral water bottles has been stopped.

The district has more than 60 registered home-stay units.

The home-stay scheme was launched by the state government in July 2008. Under the scheme, any resident living on the outskirts of a town can rent out a portion of his house – a maximum of three rooms – to tourists.

Rural home-stays have provided employment to around 3,000 people and generated economic activity worth over Rs.4 crore in the state, say tourism officials.

“The tourists now prefer to stay amid nature, where they can enjoy local cuisine served in traditional utensils,” he said.

The idyllic, pastoral settings in Kinnaur have been attracting a large number of backpackers, mainly foreigners, for mountaineering expeditions, high-altitude treks and white-water rafting.

Abhinav Duggal, a Delhi-based tourist at the Sangla Valley, said: “It’s quite refreshing to have morning tea in an earthen pot. The introduction of ‘kulhars’ in the kitchen is the soundest step as it helps in reviving traditional avocations.”

Deputy Commissioner Rajeev Shankar said that the administration has banned the use of mineral water plastic bottles in all official meetings and functions.

“The next step to reduce carbon footprints is to promote cloth or canvas bags and paper towels. Soon we are going to provide canvas bags to the tourists free of cost at the entry points of the district,” he said.

The villages of this district, which remains cut off from the rest of the country for more than six months a year owing to heavy snowfall, are known for the rich tribal culture and traditions.

There is a tradition in this tribal-dominated district to welcome guests with a garland of dry fruits and a round Kinnauri cap with a green flap.