While the global economies are stalling and crumbling the women trafficking trade is ‘flourishing’ across the globe. A major contributor of these growing numbers is, not surprisingly, India. Though the governments of a handful of countries have banned women immigrations to those countries where trafficking takes place on large scale, for example, Saudi Arabia, the agents involved in trafficking still find other illegal methods and ways to continue the filthy ‘business’ of trafficking.

Though a plethora of Acts and Bills have been drawn in order to protect the rights of women and ensure their security at all times. But implementation of all these acts still remains a mystery yet to be solved.

Recently, the Central Intelligence Agency in New Delhi arrested a gang of four who had allegedly tried to send Nepalese women to the Gulf countries using fake passports. Despite the fact that Nepal government has put a ban on immigration of Nepalese women to Saudi Arabia, those women were trapped in the trafficking racket through the Nelson Mandela Marg via India.

Forty-one fake Nepalese passports, 104 foreign employment permit stickers of the Nepal Government along with two fake rubber stamps of the Nepal Foreign Employment Department were seized by the Delhi Police Special Cell under the supervision of Assistant Commissioner of Police, Manishi Chandra, after laying a trap to take Nabin Kumar (35), Bipin Dahal (32) and Ashiq Ali Miya (24) into custody. 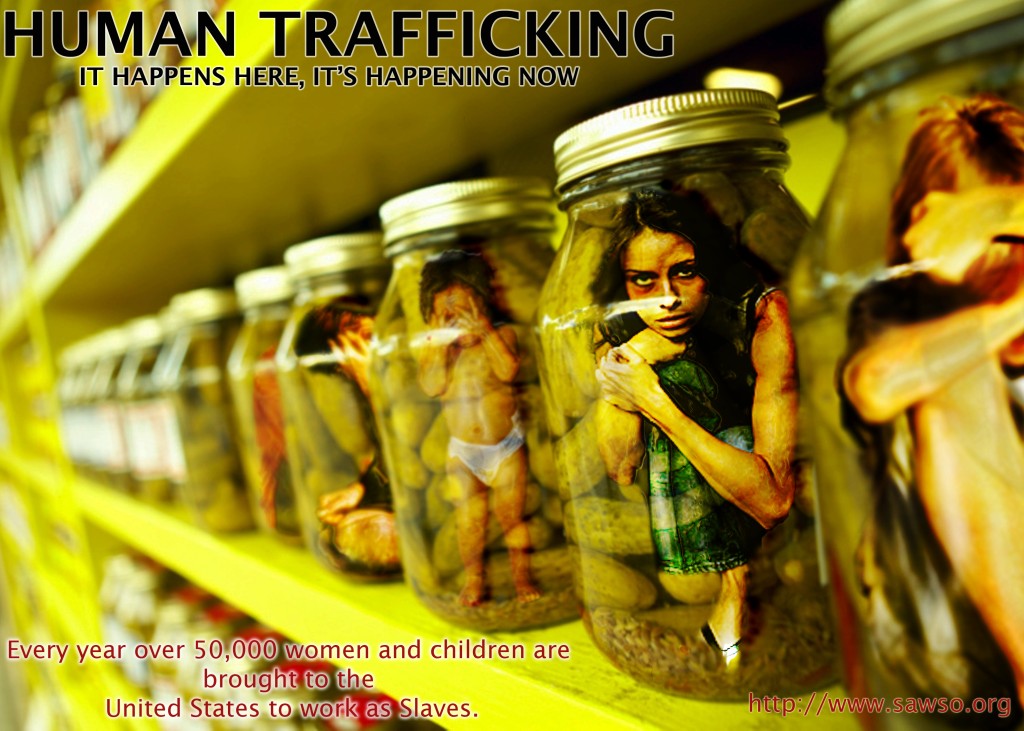 The three reportedly tried to justify their actions by claiming that the passports and stamps were real and that they were supposed to deliver the documents and stamps to a resident of Neb Sarai, the person named Uttam Silwal. The passports and stamps were found forged and eventually Uttam Silwal was arrested. According to sources, the accused charged Rs. 20,000 per client. The illegal business was run by Ram Bahadur Bist, in Saudi Arabia, who lured the accused as well as the Nepalese women by promising them to offer job opportunities in Saudi and other Gulf countries. Reportedly, Nepalese women fetch handsome prices in the Gulf countries and therefore attempts were made to get them trafficked across the border.

Ugly it sounds. It is just a fragment of what lies underneath. The whole picture is dreadful.

In the Gulf countries such as Saudi Arabia, trafficking has been on the rise since quite a few decades now, due to which many countries have already banned migrating of women from their country to other Gulf countries, especially Saudi Arabia. This New Delhi trafficking racket which got busted was a mere fluke on the part of our intelligence agencies.

Because there is money, hundreds of women are easily attracted into believing that there are opportunities for them on the other side, giving them hopes to dream for a better future. However, the other side has turned out to be saddening for most of the women. Quite evident becomes the fact that though the malpractice of Women Trafficking is widespread not only in the country but across the globe, proper implementation of policies and timely action ensures the control of such crimes against women, especially in countries like Nepal where due to poverty and lack of awareness, young women are very easily lured into the attractive of job opportunities in foreign countries.

Women trafficking might not ever stop, yet, apart from this one case, there are many other trafficking rackets still in the process which need to be disordered before they actually get successful in hampering the lives of many innocent women.