Dehra Dun: Nothing comes as a surprise in Uttarakhand, as the nearly 12 years that it has been in existence, the people of this small mountain state have been to witness to such bizarre and un-meaningful happenings that everything is now taken for granted. 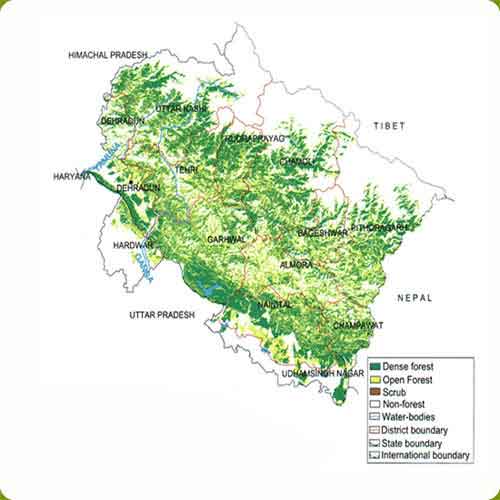 , asking that the antecedents of certain NGOs in wildlife conservation be probed for their alleged involvement in certain clandestine activities, in a bid to get popularity.

Following the arrest of two persons with a leopard skin, the beans were spilled as the duo alleged that it was at the behest of the NGO that they had killed the leopard. They further revealed that it was the NGO who had told them to reach a certain spot to sell the skin, where they had been arrested by the cops and forest authorities.

It was following detailed investigations, that the police and forest authorities had become suspicious of the involvement of the NGOs and their alleged involvement in first getting the villagers to kill leopards or tigers and then tipping off the police and forest authorities in getting them arrested. “This got them accolades and strengthened their base in the donor circles”, it was alleged.

Though the NGOs have been denying the allegations, but the very fact that the union ministry of environment and forests has taken cognizance of the revelations made by the two villagers arrested with the leopard skin, indicates that there is some truth in what is being alleged and probably a thorough probe will set records straight.

In fact, even local forest authorities here confided that they were amazed, if not shocked by how the NGOs could have such 100 per cent information of the movement of poachers with tiger or leopard skins and ensure their arrests. “They may be having a network of informers, but how can all information be 100 per cent correct to the exact place and time where a transaction of a leopard or tiger skin it so take place”, they asked.

They said that as per the revelations made, it was the NGOs who first ask the villagers to kill a leopard (in the majority of the cases) and keep the skin safely till further instructions. “After some time, may be six to nine months, the villagers are told to reach a certain place where some buyers will buy the skin and the villagers unwary that they are being led to a trap head for the place”, officials claimed.

In the meantime, forest officials said the NGOs would inform the police and forest authorities that some poachers with a tiger or leopard skin are on their way to sell the skin at such and such place, where the poachers are nabbed and the NGOs get all the publicity and media glare, which gets them the required donations from abroad and other sources.