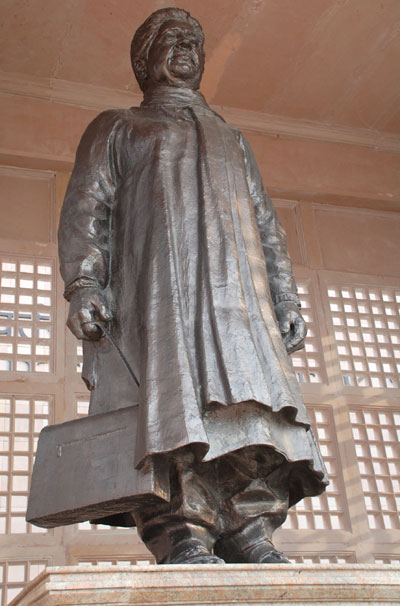 The two arrested youth were identified as Meerut resident Pawan Sharma and Shagun Tyagi of Bijnor.

The two admitted to being part of a group that broke the life-sized marble statue of the Dalit leader at Ambedkar Park in the state capital.

The duo was a part of a little-known political outfit, UP Nav Nirman Sena. They told the cops that they used hammers to break the head of the statue.

Senior Superintendent of Police (SSP) Lucknow R.K. Chaturvedi said that police were on the lookout for the vandals for the last one month.

It was with the aid of electronic surveillance that the duo was apprehended.

Of the two arrested, Pawan is a travel agent while Shagun is unemployed.

A Special Task Force (STF) of the Uttar Pradesh police had earlier arrested three other accused in this case — Amit Jani, Rajendra and Qasim Ali.

Angry protests broke out in many parts of the state following the July 26 vandalism, and the state government restored the statue within 24 hours.