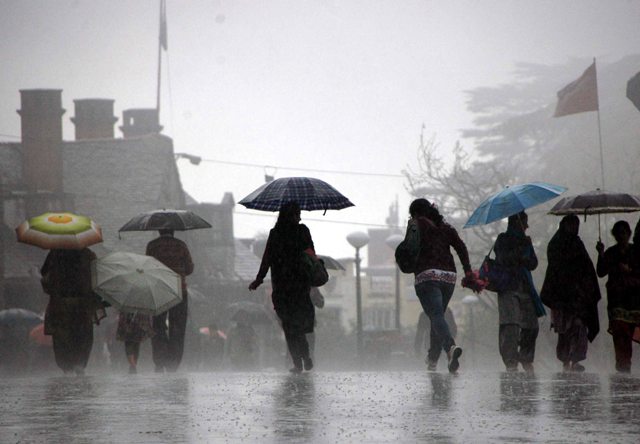 Shimla: Their mission is to clean and they too are whistleblowers – literally. Shimla’s new cleanliness wardens have been given the job of blowing the whistle on anyone found littering in this hill town that was once the summer capital of British India.

Armed with whistles, the squad of five – dressed in red – are on the prowl these days, ready to catch and teach violators a lesson. They can even impose a fine.

Spot a person littering the area and just blow hard on the whistle, is their mandate.

Initially, the wardens have been tasked with catching people who dump polythene bags, sachets and empty liquor bottles in the open in the Mall Road and the Ridge areas.

These places are frequented by a large number of tourists, who are among the major polluters.

“If the experiment is successful, they would be deployed in other areas of the town,” he added.

The corporation started the campaign on a pilot basis Friday last. It is aimed at ensuring cleanliness in the historic area of this Himachal Pradesh capital, a major draw for tourists with its mix of heritage buildings and scenic beauty.

Deputy Mayor Tikender Panwar added that the wardens would be deputed around popular eateries and fast food joints where the problem of littering is more acute.

“On seeing somebody strewing waste in the open, they will blow the whistle. Then they will persuade violator to retrieve the waste and dump it at a proper place. If repeated requests fail to relent the violator, he/she would be issued spot fines,” Panwar said.

He said the basic purpose of the campaign was to educate local people, vendors and tourists about the scientific disposal of waste.

The civic body is also going to put up notices warning the visitors that open littering is a punishable offence and urge them to use the dustbins.

On an average, corporation officials said, three to four people are caught daily but nobody has been fined.

Said local resident Baldev Thakur: “It’s a good initiative. Throwing waste in public has always been an offence but never implemented. The problem is more acute during the weekends when the footfall of tourists suddenly spiked.”

“At least, one embarrassment publicly is enough to teach a lifelong lesson,” he added.

Abhinav Duggal and his wife Monica from New Delhi said: “It’s a good drive to keep the city clean. Other civic bodies should also follow it.”

The Himachal Pradesh government has already banned the production, storage, use, sale and distribution of all types of polythene bags and disposable plastic products.

But still a large number of tourists, coming from nearby states, are leaving behind a huge trash of polythene bags.

Shimla, a village that between 1864 and 1939 served as the summer capital of British India, is a popular tourist destination.

According to tourism representatives, the town attracts 15,000 to 20,000 tourists in weekends during the peak tourist season –from May to July and November to December.