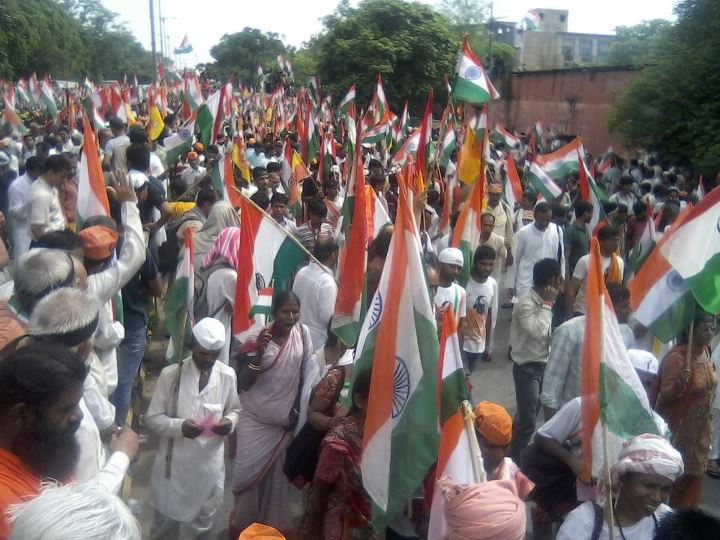 New Delhi: Yoga guru Baba Ramdev Tuesday announced that he would end his indefinite fast against corruption and black money at 11 a.m. following an appeal by his supporters but stressed that the movement would continue.

Ramdev and his supporters were detained Monday while they were marching towards parliament and were shifted to Ambedkar Stadium in central Delhi.

Addressing a huge gathering at the stadium early Tuesday, he said: “I had earlier said that I will end my fast in jail. This stadium is a makeshift jail. I had said I will call off my fast only after my supporters get food and water.

“Late in the night, they were provided with food and water. They have appealed to me to end the fast, so I will call if off at 11 a.m. today.”

Ramdev, whose agitation entered day six Tuesday, chose to stay on at the stadium Monday despite Delhi Police asking him to leave. He is expected to announce his future course of action soon.

Police sources said Ambedkar Stadium falls on the route Prime Minister Manmohan Singh is expected to take on his way to the Red Fort to unfurl the tricolour on Independence Day and the area had to be “security cleared”.

Ramdev had launched a three-day symbolic fast Aug 9 for the return of black money, a strong Lokpal Bill, and a transparent process in naming heads of the Central Bureau of Investigation and the Election Commission. On Saturday evening, he extended his fast and threatened a “revolution” after the government failed to react.