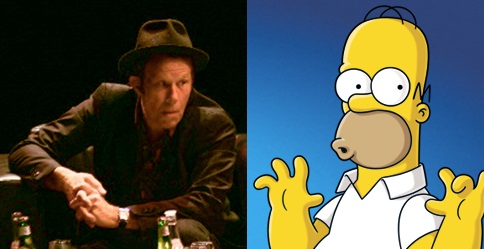 Los Angeles: Veteran singer Tom Waits will soon be seen in a cameo in popular animated series “The Simpsons”.

The 62-year-old will lend voice for an upcoming episode, which will be on survivalism movement, which involves people making preparations for potential global disasters.

He will introduce the main character Homer Simpson to a group of preppers, who lay down plans for such events.

“We did a lot of research into the ‘prepper’ phenomenon, where people are convinced that some horrible catastrophe – like an electromagnetic pulse – is going to occur, and that people will have to survive without the grid,” TVLine.com quoted Al Jean, executive producer of the show, as saying.

Although Waits does not sing in the animated series, but it is expected that fans with recognize his voice.