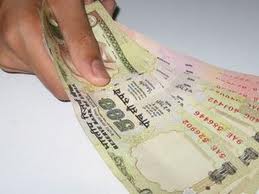 Mumbai: All business and commercial activities across the country are likely to be crippled as the entire banking industry employees would go on a two-day strike starting Wednesday, a banking union official said here today.

Among other things, they will protest the government’s move to amend the banking laws bill, presently pending before parliament and scheduled for discussions Aug 23 and 24, Utagi said in a statement here.

The outcome of these proposed measures would be closure of rural bank branches, resorting to a large number of ultra-small branches, thereby privatising rural banking operations through contractual businesses, he claimed.

The strike would also oppose outsourcing of work to outside agencies, and other “anti-labour” policies, jeopardising jobs in the banking sector and aimed at undermining the collective bargaining strength.

During the strike, bank employees here will take out a procession to Azad Maidan in support of their demands, he added.