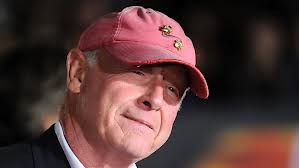 According to witnesses, Tony jumped off the bridge in San Pedro Sunday afternoon. The Los Angeles Times earlier reported that a suicide note was found in Scott’s car. However, the paper later clarified that it was just a note listing the contact information.

A suicide note was later found in Tony’s office, but its contents were not revealed.