London: The first Sikorsky S-92 – a large, twin-engine helicopter that can be used for both civil and military purposes – with a Made-in-India airframe is now flying in Brazil.

Air Vice Marshal (retd) Arvind Walia, Sikorsky’s regional executive for India and South Asia, told India Strategic defence magazine (www.indiastrategic.in) that the Tatas have supplied 15 airframes to the US company, which is fitting them with cockpits, engines, systems and rotors. The completed helicopters are then ready for supply to global customers.

The flight tests on the first Tata-made S-92 cabin have progressed satisfactorily and the helicopter is now being customised for supply to Lider Aviacao of Brazil. Lider charters both aircraft and helicopters for multi-applications, including servicing offshore oil installations. 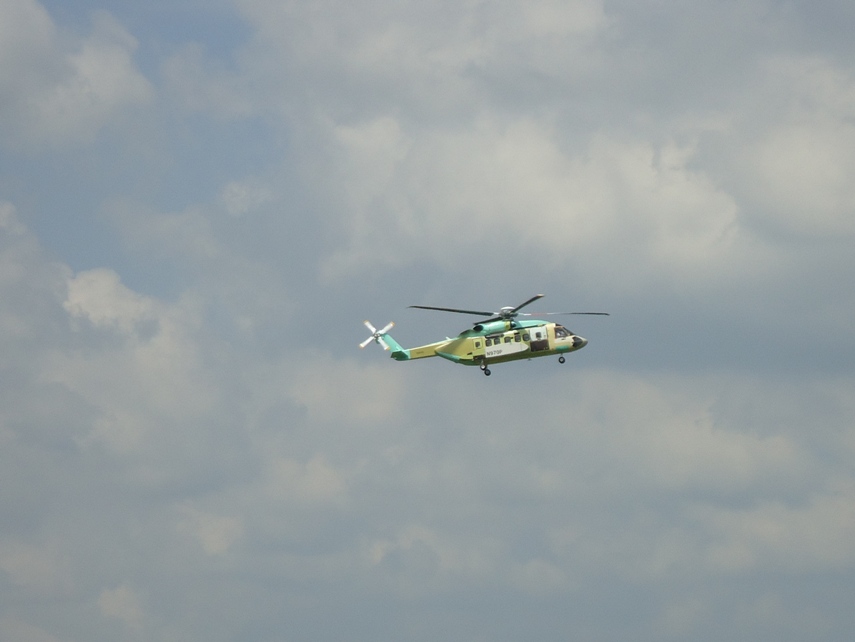 Sikorsky and the Tata group already have a 26:74 partnership joint venture, TARA, which manufactures and supplies about 4,300 components to the Tata Advanced Systems Ltd. (TASL) in Hyderabad. TASL, a Tata company, makes the cabins, fits them with these components and sends them to the Sikorsky facility at Coatsville in Pennsylvania.

Walia said TASL is turning out the airframes at the low rate initial production (LRIP) of two a month but should be moved to three a month in accordance with the demand by 2013.

The production line moves as in a conveyor belt and the airframes would operate anywhere in the world, from wherever the orders come.

In interviews with India Strategic in London, two of Sikorsky’s top executives said the company would develop India as a hub for manufacturing in the coming years, depending on Indian and international requirements.

A significant offer by the company, they pointed out, is to develop a high-altitude helicopter for India which could be comfortably deployed in heights above 20,000 feet for both strategic and logistics operations.

India has the toughest battlefield requirements, like no other in the world, due to the Himalayan heights, as in Siachen.

Both Kakorda and Estill said that Sikorsky could conduct R&D for this exclusive venture either in collaboration with an Indian entity like HAL or all by itself, depending upon the Indian government’s mandate. The proposed machine would involve newer technologies and high use of advanced composite materials.

Walia said that he had already mentioned this offer to Indian authorities in discussions. “The Indian specifications are very difficult and any solutions would need unique rotor technologies and advanced performance parameters.”

The idea is to develop a helicopter which can perform reconnaissance and land at Siachen-like heights with a full load of cargo or troops, a capability which does not yet exist anywhere in the world.

At present, the Indian Air Force and the Indian Army operate HAL-made Cheetah and Dhruv helicopters with partial load in extreme conditions and with extreme care in touch and go operations.

Notably, Sikorsky has already signed an agreement with the Tatas to produce military helicopters in India.

Walia pointed out that it took only four years to produce the S-92 airframes after the initial agreement between the two groups in 2007. The first airframe was produced in October 2011 and sent to the US.

None of the three Sikorsky officials disclosed the cost of an airframe but industry sources said that normally, this should be around 15 per cent of the completed machine, depending upon the systems and avionics.

Progressive manufacture of components, as done by TARA, would bring in more value to the Indian venture.